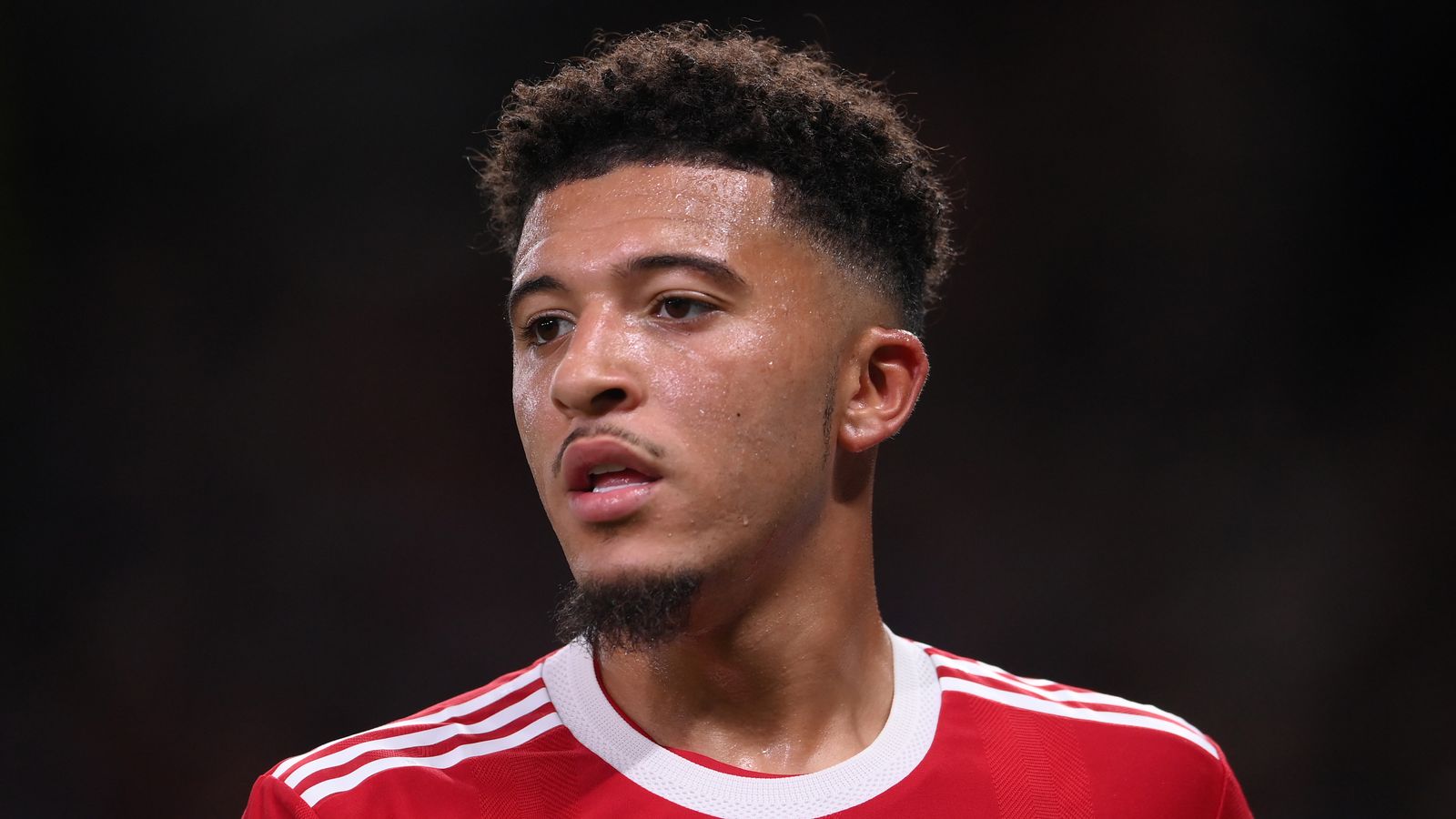 Ole Gunnar Solskjaer has pressing issues, in more ways than one. As a result, in the aftermath of Manchester United's humiliating 5-0 defeat to Liverpool at Old Trafford on Sunday, Jadon Sancho might not be his immediate priority.

And yet, if Solskjaer is continuing to look to the longer term, and his comments about being "too close to give up now" suggest he still believes there is a route to glory here, Sancho sitting out the game as an unused substitute does not reflect well on anyone.

While the knock-on effects of Cristiano Ronaldo's arrival have brought complications, there can be some sympathy. United were in a tricky position. Perhaps it was a chance too good to turn down. But Sancho is the club's £73m summer signing. Solskjaer's signing.

The acquisition of Sancho was almost two years in the making. There should be no such tactical conundrum, no excuse for any lack of clarity regarding his role in the team.

So, why does it all feel so off the cuff? It is as if there is confusion that one of Europe's most gifted young players cannot just turn up, beat four men and solve everything for this side. Disappointment that he has been unable to conjure something up from nothing.

Eleven appearances, no goals and no assists.

His underwhelming start has even raised doubts about his ability. Those doubts are misplaced. "Jadon Sancho is a world-class talent," said Jurgen Klopp recently. "He has all the things you need to become really one of the best players in the world in the future."

But for that to happen, there still needs to be plans in and out of possession, there needs to be a strategy to allow these stars to perform to their best. Systems must be put in place.

Already there are echoes of the situation with Donny van de Beek, a player who thrived at Ajax where the passing combinations were intricate, the build-up play structured. United life seems to favour those who can deliver magic moments. That only takes a team so far.

FREE TO WATCH: Highlights from Liverpool's win against Manchester United

Recruitment matters, of course, but so do the ideas of the coaches. For example, it is now being said that Mason Greenwood 'cannot press' but he is 19 - he can do it if he is taught.

The signing of Sancho effectively fast-tracked that process because he has spent four seasons learning to do so at Borussia Dortmund. By his own admission, he made great progress in the defensive phase of the game, learning where to move without the ball.

Sancho ranked among the top 50 players in the Bundesliga for pressures in the final third of the pitch in each of the past three seasons. What must he make of Manchester United?

So far this season, United have the fewest successful pressures of any team in the Premier League, with only Newcastle managing fewer in the final third. They are slow to close down and when they do it is not co-ordinated, making them far too easy to play through.

It does not feel like a lack of effort. United rank highly for high-intensity sprints. Hence hand-waving exasperation becoming a theme as players close down the ball only to find a teammate not supporting them. Moments later, the roles are reversed. Rinse and repeat.

Pressing might be the loose plan now, with Solskjaer suggesting that front-foot play is non-negotiable for this team at Old Trafford. And while it is debatable whether that should be the case with Ronaldo in the line-up, that plan surely has to include Sancho.

In possession, there is no reason why the 4-2-3-1 system cannot suit him. He played well in that formation under Lucien Favre at Dortmund. Sancho has the pace to run in behind but he also has the close control to come short. He can beat a man one against one.

Holding the width near the touchline, he has shown a fine appreciation of tactics, making the pitch big, opening up the possibility of quick one-twos. He can make those penetrative runs into the penalty box from out to in, he just needs someone to find him.

The relationship with the full-back is important. Sancho wants to encourage those overlaps that buy him space. He had an excellent relationship with Achraf Hakimi at wing-back when Dortmund played a 3-4-3 formation. Perhaps it will be trickier with Aaron Wan-Bissaka.

Those partnerships all seem less fluid at United. When Sancho makes that lay-off and darts forward expecting the return ball, it does not come. While he is a skilled dribbler, he cannot isolate the full-back alone. Without the right attacking patterns, there is no space.

Image: Is it a lack of movement elsewhere forcing Sancho to pass backwards more regularly?

This stuff makes a difference. Sancho scored 37 goals and provided 41 assists in the Bundesliga in the three seasons prior to this one. His total goal involvements in the competition were bettered only by Robert Lewandowski during that period.

Ultimately, he should not be a problem for a manager.

He should be a gift.

But it does not feel that way right now.

"Sancho at this moment, he is a victim of the current performances of the team," Gary Neville told Sky Sports. "You would like a player like that to come into a settled unit."

Manchester United are not settled and they are not a unit. The result is that Sancho finds himself sitting out a season-defining game like this one. That failure to assimilate this £73m summer signing could now be defining for Solskjaer and this whole project too.

On paper, it is a Manchester United squad that any elite coach should be optimistic about turning into a team. It should hope to compete with any in the world. But you only have to look to the pitch - and Sancho on the bench - on Sunday to see that this is not happening.