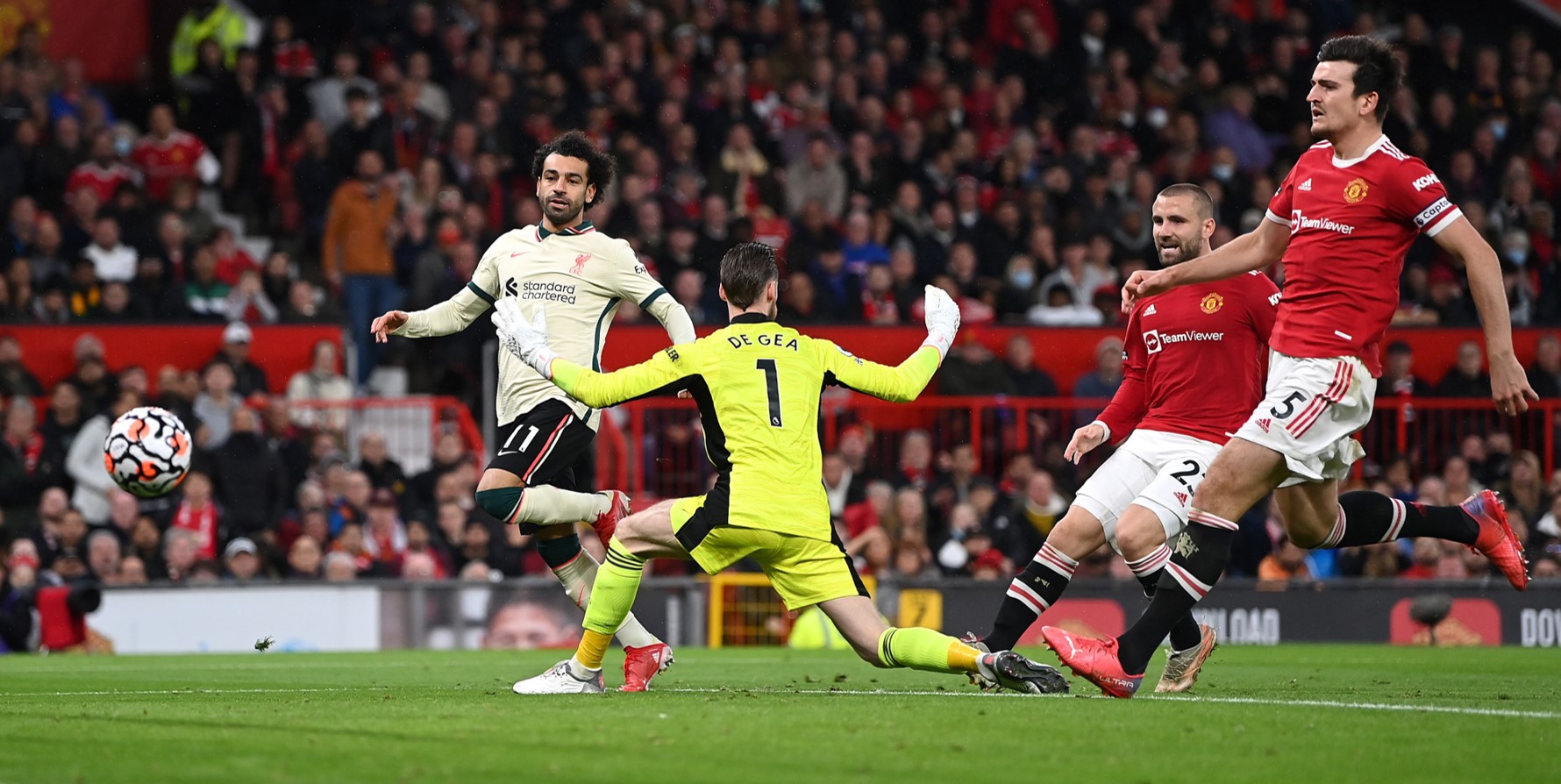 Mo Salah rips up the record book every time he steps onto a football pitch and now this remarkable Old Trafford goalscoring statistic can be added to his long list of accolades.

The last three games between the two sides have all been played away from Anfield and the Egyptian King has scored in all three of them, leading to this remarkable statistic via @SkySportsStatto:

First came the FA Cup Fourth Round tie in January where our No.11 scored two goals, then he bagged the late winner in May when both sides met in the Premier League.

Coming off the back of his hat-trick performance on Sunday, the 29-year-old is certainly in a purple patch against Ole Gunnar Solskjær’s team.

These six goals in just three appearances mean that only Bruno Fernandes has scored more goals than our prolific winger in Manchester.

Just let that sink in; he’s the second-highest goal scorer this calendar year in United’s own stadium, across the Premier League, FA Cup, and League Cup.

The man is a joke and we are so lucky to be able to watch him play, especially in his impervious current form.