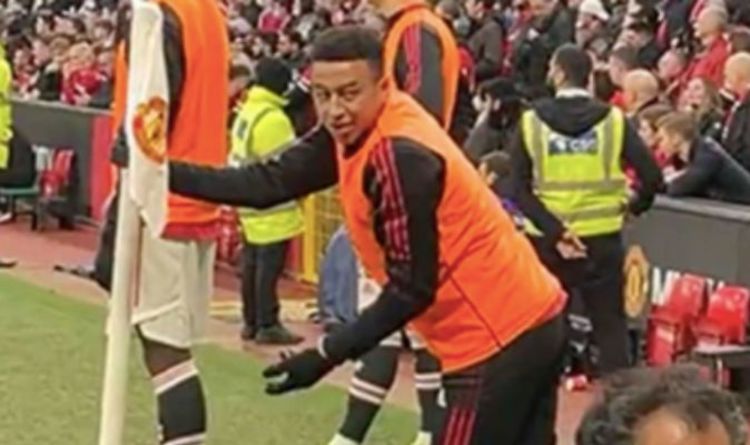 Manchester United attacking midfielder Jesse Lingard appeared to like an Instagram post that contained the hashtag 'OleOut' in the aftermath of Sunday's sobering 5-0 defeat to Liverpool that leaves Ole Gunnar Solskjaer fighting to save his job. The England international was an unused substitute despite a real lack of inspiration in attack and Lingard's future at the club is now in major doubt.

Solskjaer has previously outlined his wish to see Lingard sign a new contract at Old Trafford but there has been no agreement as of yet.

The 28-year-old's current deal is due to expire at the end of the season, meaning he will be free to speak with other clubs in January.

Lingard's representatives have already shown an interest in Newcastle's new £305million takeover, travelling north to St James' Park to watch the 3-1 defeat to Tottenham just over a week ago.

The Magpies are expected to launch a move for Lingard, whose game time at Old Trafford remains limited due to Solskjaer's loyalty to Bruno Fernandes.

Jesse Lingard was captured in dialogue with Man Utd fans during the 5-0 defeat to Liverpool (Image: Twitter)

Footage from inside the ground on Sunday captured Lingard in heated dialogue with some fans on the touchline, after supporters made their frustrations with the embarrassing performance known.

He later moved to clear up the incident on social media, tweeting: "It wasn't abuse! he said 'work harder' like I'm not already doing that day in day out! and I said 'I'm not even on the pitch' end of!!"

Now Lingard - or his team that run his Instagram channel - appear to have made their fury towards Solskjaer known.

Many fans have taken a screengrab of a post by the account 'cristianr0naldo' that was liked by Lingard, that was captioned: "5-0, and a Cristiano Ronaldo goal ruled out by VAR & pogba send off #OleOUT."

Lingard has now unliked the post but there are multiple screenshots of his name next to the post while fans have flooded the comments section with "Lingard liked the post."

There is also of course a chance the post was liked by Lingard by mistake.

It was a loan move to West Ham in the second half of last season that saw Lingard's career spring back into life after a challenging campaign under Solskjaer in 2019/20.

The Three Lions star has revealed he resorted to drinking during the toughest season of his career as he struggled to cope with the feeling of not being selected.

"We had times during the bad periods when I started to resort to drinking at night and that wasn't me," he told the Daily Mail.

"My confidence was shot. You can be that happy-go-lucky guy, bouncing around the training ground, but deep down you're wearing that smile as a mask.

"I wasn't playing so I was down. Luckily I had Louie sending me videos from my Under 21 days for United and England. He was trying to make me realise what a good player I'd been.

"'Watch this! Watch this!' So I did and thought, 'You know what? I can't throw this away'. It gave me confidence, and that first lockdown gave me a chance to re-evaluate what I wanted in life."

The Irons were understood to be keen on bringing Lingard back to east London but United's valuation of the player after his electric loan spell saw David Moyes explore other targets.