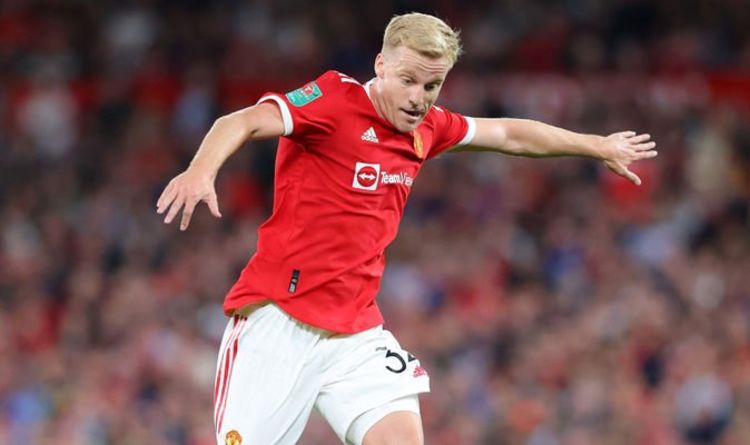 United couldn’t have asked for a worse start in front of their home supporters as their defence went AWOL to allow Naby Keita to slot home from Mohamed Salah’s through ball after just five minutes.

Diogo Jota added Liverpool’s second with 13 minutes on the clock as he slid in to connect with Trent Alexander-Arnold’s delicious cross.

And then the match became the Salah show - a theme replicated countless times already this season.

The Egyptian was in tantalising form yet again for the Reds and this time he managed to bang in his first hat-trick of the season.

Salah swept home Liverpool’s third and fourth before the break and chipped the ball over David de Gea for the Reds’ fifth in the early stages of the second period.

United’s defence was found wanting time and time again as the Liverpool frontline exposed it all afternoon.

And there will be serious questions asked of United’s midfield duo of Fred and Scott McTominay, who failed to provide adequate protection against their imperious opponents.

Sunday’s performance from the home midfield may have inadvertently played into the hands of Donny van de Beek, who has been out of favour with boss Ole Gunnar Solskjaer.

Big things were expected of the 24-year-old this season but, incredibly, he has only been able to muster six minutes of Premier League football.

In Van de Beek, United have a player who is comfortable in possession, can protect the defence and get play moving with his excellent passing range.

The United boss should at least roll the dice and see if he is rewarded by the former Ajax man.

United shelled out a staggering £40million to sign the midfielder last year. He was a standout player for Ajax and he’s won 19 caps for his country.

It’s time for Solskjaer to swallow his pride and give the player a chance.