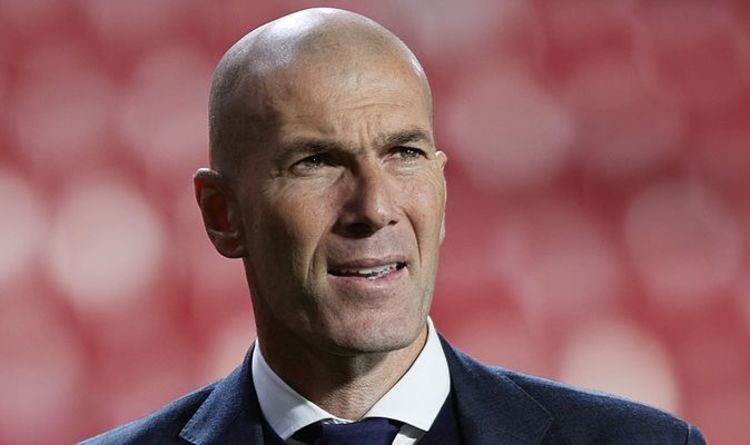 Zinedine Zidane’s experience of working with world-class talent might make him a better candidate for the Manchester United job than long-term target Mauricio Pochettino. Red Devils boss Ole Gunnar Solskjaer’s job hangs by a thread following the humiliating 5-0 thrashing by Liverpool on Sunday.

The trio won three Champions Leagues and a La Liga title together. After Ronaldo’s departure to Juventus in 2018, there was another league title for Zidane and Varane.

United completed a huge £120million summer spree ahead of the season, with an emphasis on an improved challenge for the Premier League. Ronaldo and Varane were both signed, while Jadon Sancho was acquired from Borussia Dortmund for £73m.

But Solskjaer has so far failed to get the best out of the trio, despite Ronaldo scoring six times in all competitions. A new boss would need to move United to the next level by toppling the likes of Liverpool, Manchester City and Chelsea.

That man could be Zidane, under whom Ronaldo scored a staggering 112 goals in 114 matches. The 49-year-old is available following his departure from Real at the end of the season and Ronaldo would likely welcome his arrival.

Given the number of huge personalities in the squad, the former France midfielder might be a better successor to Solskjaer than Pochettino, who has so far failed to get the best out of Lionel Messi, Neymar and Kylian Mbappe at Paris Saint-Germain.

It is a sentiment with which United legend Gary Neville agrees. He told Sky Sports: “I thought that last season there was something building. I think if you asked him (Solskjaer) privately ‘would you like last season’s squad back?’ I think he probably would go back.

“They have got six grenades where the pins have been pulled out in the dressing room.

“You have the dynamic of Cavani sat on the bench who was begged to stay but now has Ronaldo, [Marcus] Rashford and [Mason] Greenwood in front of him.

“[Jadon] Sancho has come in for £75m and now he is looking like he is in and out. All these issues are developing, Solskjaer has to somehow bring that group together.

“He’s got to find a basic defensive shape that the players buy into and allow the others to go win the games for him. It’s the only way for him to get the season back on track.

“The aura of Ronaldo, Fernandes is walking around with his arms out all the time, Pogba doesn’t know if he is staying or leaving, the emerging captain Maguire thinking how he controls this lot.”

Neville’s concerns make it seem clear that United will need a manager capable of dealing with big personalities. Zidane, who can point to his experience in Madrid, would likely be the best candidate.