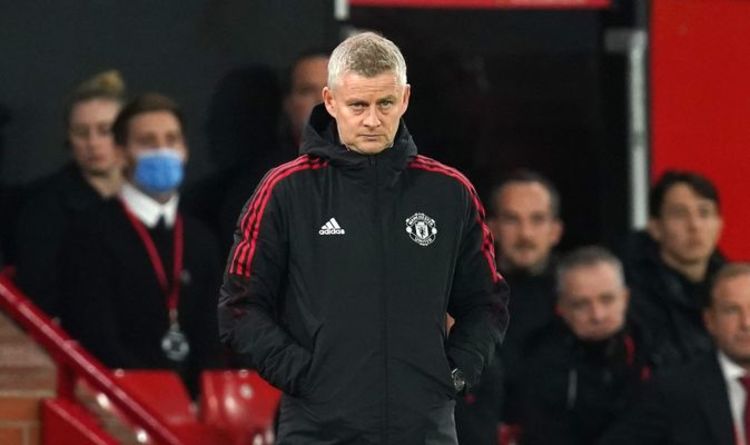 Manchester United manager Ole Gunnar Solskjaer was on very thin ice before their 5-0 home defeat to Liverpool – Jurgen Klopp, Mohamed Salah and co may have just smashed it. The Norwegian boss’ three years at the Red Devils has seen him steer the club to third and second place finishes, as well as the Europa League final last season.

However, various reports claim Solskjaer is now in a very precarious position, having seen United lose five of their last nine matches in all competitions. Their poor League form, in which they are winless in their last three matches, currently sees them floundering in seventh position.

But while their lowly league position connotes a story of their own, the humiliating fashion in which Liverpool dispatched of United at the Theatre of Dreams has prompted some serious reactions at Old Trafford.

A report from the Guardian claimed United director Richard Arnold cancelled all of his appointments to hold a meeting with owner Joel Glazer on Monday.

Solskjaer’s tenability has never been questioned as furiously as present; therefore, Express Sport has taken a look at the potential winners and losers, if the Norwegian is eventually sacked by United.

JUST IN: Houssem Aouar offers Arsenal reminder but Mikel Arteta may not buy him

The Dutchman’s £35million move from Ajax never really got going, and many reports are claiming he could depart the club in the January transfer window. However, new managers often mean new chances for all players, and if van de Beek takes his chances, then he could very well resurrect his United career.

It is easy to forget, he was one of the hottest properties in Europe before he moved to Old Trafford, and if a new manager does come in they will surely afford him an opportunity.

After his fantastic loan spell at West Ham, Lingard chose to remain at the club and fight for a place in the starting line-up. On his day, the England attacking midfielder is a nightmare for any defence he faces, but with Solskjaer belligerent to drop Bruno Fernandes, Lingard’s opportunities have also been few and far between.

Just like van de Beek, a new manager could mean new chances for Lingard, and if he hits the ground firing just like he did at West Ham, then he could play his way back into the starting line-up.

Jesse Lingard and Donny van de Beek could profit if there was a change of manager (Image: GETTY)

Without a doubt the Manchester United youth player who has flourished most under Solskjaer.

While Greenwood has been one of the brightest lights this season, the pressure of starting £73m Sancho, the presence of Ronaldo, and the return of the more experienced Marcus Rashford, could see his starts at United severely decreased.

He has regularly been criticised for his lack of pressing in recent weeks, and a new boss could look to make an example out of him, by dropping him to the bench.

It would be a shame as he has scored some fine goals already this season, but sentiment is often hard to find amongst the ruthlessness at Old Trafford.