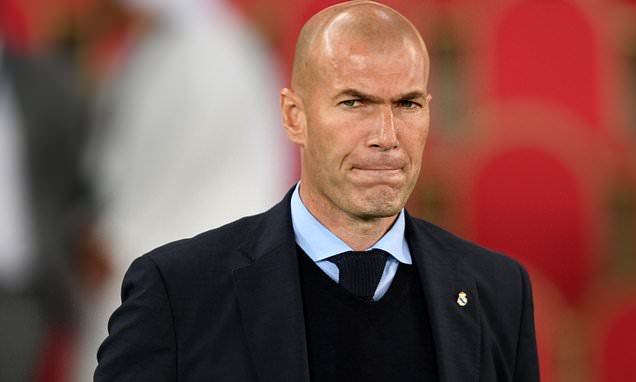 United are in disarray after a 5-0 mauling at the hands of fierce rivals Liverpool at Old Trafford on Sunday, with Solskjaer's tenure hanging by a thread.

And according to the Sun, the club have drawn up a four-man shortlist of potential successors including the out-of-work pair, as well as Leicester's Brendan Rodgers and Ajax' Erik ten Hag.

United are understood to be keen to sound out ex-Real Madrid manager Zidane and former Chelsea boss Conte and gauge their interest in taking over.


Club chiefs are said to have told a prominent agent to get in contact with several leading managerial names to discern their contract demands and vision for United if they took over.

Although the Red Devils remain reluctant to sack the Norwegian, having signed a three-year contract extension in July, but the Liverpool capitulation was probably the nadir of his reign and could force the club's hand.

A vast and immediate improvement in performances and results may extend his stay of execution, but after another lavish summer of spending to bring in Cristiano Ronaldo, Jadon Sancho and Raphael Varane expectations are understandably higher.

Former Liverpool boss Rodgers has impressed with Leicester, introducing a free-flowing style of play and almost eclipsing several bigger names to qualify for the Champions League two seasons running, only to narrowly miss out twice.

Conte won the Premier League with Chelsea in 2016-17, while Zidane secured a record three consecutive Champions League titles in 2018; ten Hag has won nearly three-quarters of his 181 Ajax games since joining in December 2017.