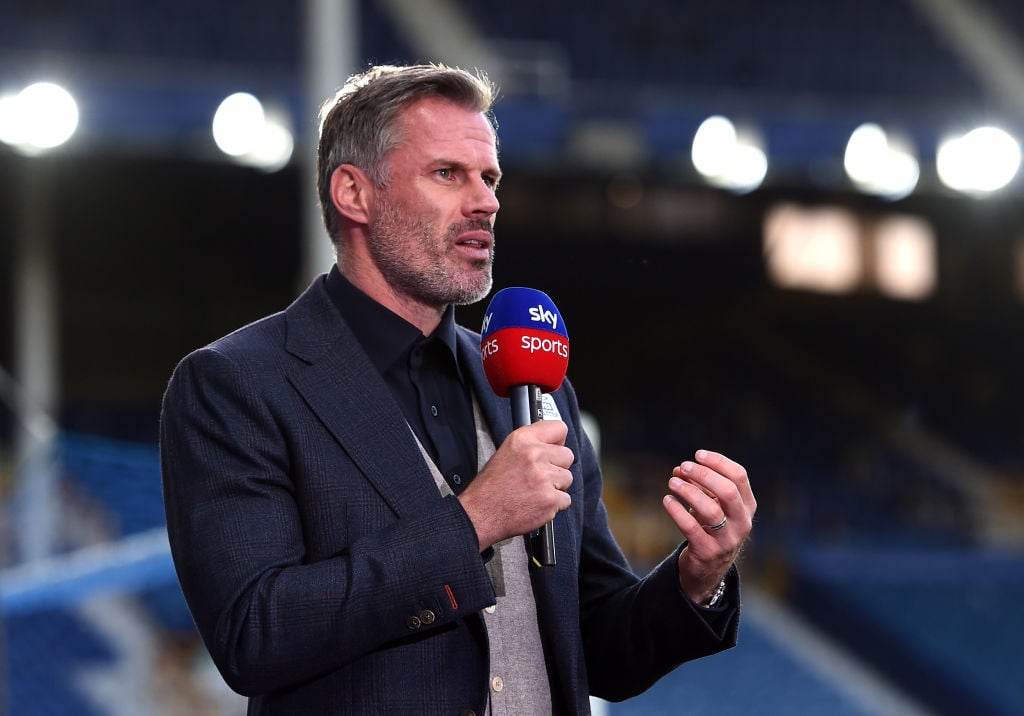 Jamie Carragher has claimed that rumoured Newcastle and Everton target Donny van de Beek is probably ‘not that good’, as he told Webby and O’Neill.

The midfielder has found life tough at Manchester United, since his big-money move to Old Trafford last summer.

Van de Beek has only tasted six minutes of Premier League football this season, 45 minutes in the Champions League and only the lone League Cup start.

Everton’s director of football Marcel Brands has previously stated that they wanted to sign the 24-year-old in the summer, and according to Italian outlet Corriere dello Sport, that interest still stands for when the transfer window re-opens.

But it seems as though the Toffees aren’t the only ones keen, with suggestions that cash-rich have held talks with the Dutchman’s representatives.

There seems to be a mystery over Van de Beek and how good he is, and Carragher, given what is happening to the player in Manchester, suggested that he probably isn’t all that.

“You have got Van de Beek, who has never kicked a ball for you,” said Carragher. “He got to a Champions League semi-final with Ajax. I don’t know how good he is.

“I wouldn’t be that critical of Ole about that. They signed him and they watch him every day in training. You know what, maybe he’s not that good.

“If he’s turning up to training, the amount he has been used, they just think the other players are better.

“Sometimes you know in the training ground. Maybe he’s just a decent player. And maybe not good enough for Man United.”

It does seem as though Van de Beek needs to get out of Manchester United and just re-start his career that has stagnated.

It’s not his fault if he isn’t handed the minutes out on the field because you can’t really do anything sitting behind the kitman on the bench.

It wouldn’t be a surprise if Newcastle, who now have their pockets full and need the quality, knock for his talents in January.

They probably won’t put full-blown cash on the table, even though they can, but it wouldn’t be a surprise if he does move on loan.

In other news, 'Great': Hugo Lloris very impressed by what £7m West Ham player did against Spurs yesterday