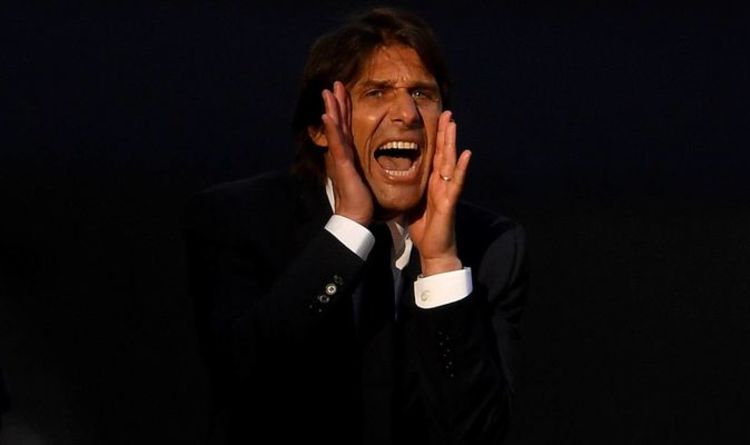 Antonio Conte is being primed to take over at Manchester United as Ole Gunnar Solskjaer clings to his job. The former Chelsea manager would have plenty of ideas on what to do if he joined.

It comes as the Italian becomes the hot favourite to replace Solskjaer, who has come under increasing pressure after a shoddy start to the season.

That culminated on Sunday in a 5-0 capitulation against Liverpool at Old Trafford, which badly exposed the problems under the cult hero.

Mohamed Salah scored a hat-trick in the rout while Naby Keita and Diogo Jota also got in on the act.

Antonio Conte could ask for some Chelsea players (Image: GETTY)

The defeat is the fifth in nine matches for United, while they have kept just one clean sheet in 21 matches.

Conte has been tipped to take over should the club sack Solskjaer and he could use some of his old Chelsea pals to help him out.

The Italian took the Blues from 10th to Premier League champions and revolutionised the way teams play in the division, utilising three at the back to great effect.

One player that will likely welcome Conte to Old Trafford is Nemanja Matic, who has been ostracised by Solskjaer during his reign.

But the Serbian could see his role revived under his old Blues boss, who counted on the midfielder to solidify the team.

And that is something that United are desperate for with Fred, Scott McTominay and Paul Pogba having problems doing so under Solskjaer.

Conte would likely demand some big transfers in the upcoming window should he arrive and that could involve Marcos Alonso - who had his best season under the fiery manager.

The Spaniard would slot straight into Conte’s system perfectly and provide that attacking outlet on the wing that made him a cult hero at Stamford Bridge.

Antonio Conte could be the next Man Utd manager (Image: GETTY)

Another potential arrival is Emerson Palmieri, who would be the best back-up to Alonso and has performed that role already.

A fourth, though unlikely as it sounds, could be Cesar Azpilicueta - a consummate professional who never leaves an inch on the pitch.

The Chelsea captain found himself on the bench at the weekend with Reece James and Trevor Chalobah ahead of him while his contract expires at the end of the season and there is yet to be a renewal.

With those four in his armoury at Old Trafford, Conte could build a foundation similar to the success he found in west London.