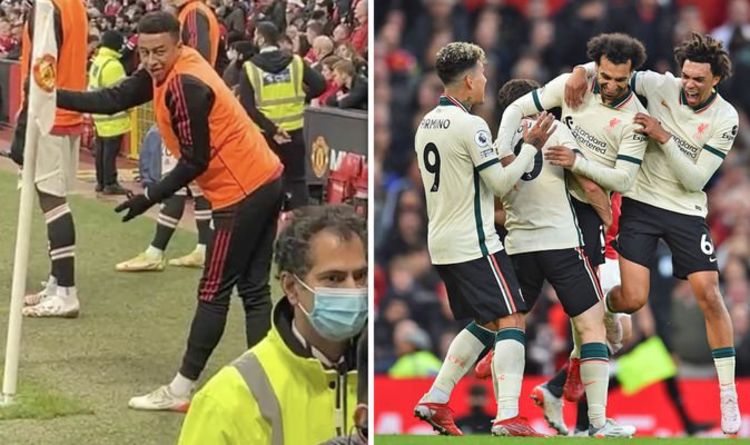 Manchester United star Jesse Lingard was abused by fans as his side lost 5-0 to Liverpool on Sunday. The Red Devils put in a diabolical showing as their fierce rivals ran riot. And the bad result will now up the pressure on Ole Gunnar Solskjaer, who seems to be struggling to turn things around.

United entered their match with Liverpool hoping to build on their midweek victory over Atalanta.

But that didn’t happen, with Solskjaer’s side instead slumping to a nightmare defeat.

With United losing, the Old Trafford crowd grew in anger.

And a video shared by Football For All, has shown Lingard responding to some United fans who thew abuse his way.

The 28-year-old said he ‘wasn’t on the pitch’ as tempers boiled over, while he was warming up.

“Look in the mirror when we go home tonight and think where we can do better.

"To lose to Liverpool in any game of football hurts. The rivals, the way we lost the game, to be 4-0 down at half time in front of our fans, like I say it is not good enough."

And Liverpool boss Jurgen Klopp was thrilled after the game, branding the result insane.

“What we did in the last third was insane. Pressing high, winning balls, scored wonderful goals.

“I told them at half-time to play better. We started incredibly well and stopped playing football.

“We controlled the game after the fifth, it was not about scoring more, just trying to get out without more injuries.

"The result is insane, I asked if there was one like this in history and if there isn't then it will take a while.

“The players put a nice piece in the book. It is special but we don't celebrate like crazy, we have respect for the opponents.

“We were lucky in some moments, United are not in their best moment.”