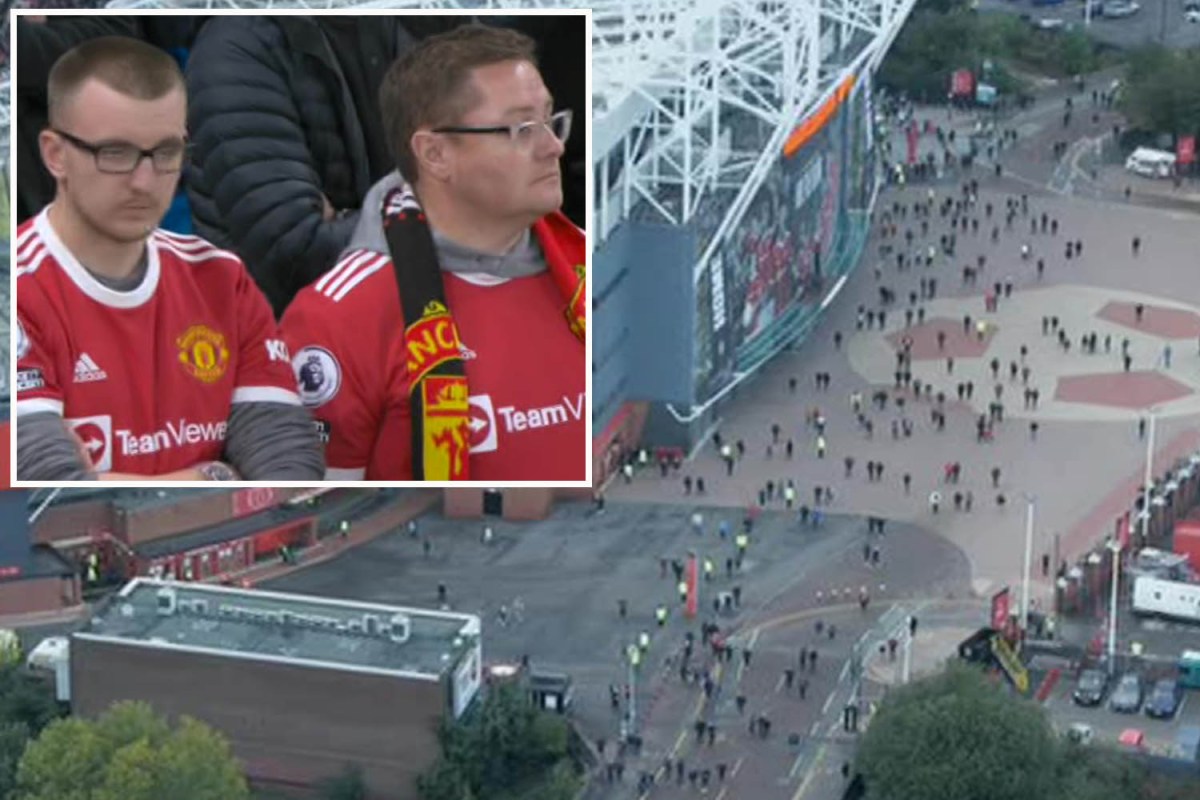 HUNDREDS of Manchester United fans flooded out of Old Trafford at half-time following their first-half humiliation by Liverpool.

A brace from Mo Salah and strikes from Naby Keita and Diogo Jota left the Red Devils supporters furious with their side's awful display against one of their biggest rivals.

Hundreds of Man Utd fans were seen leaving Old Trafford at half-time while 4-0 down to LiverpoolCredit: Sky Sports

United boss Solskjaer looked furious as his side capitulated in the first-half against LiverpoolCredit: EPA

United's legendary manager Alex Ferguson was among those to sit stony-faced in the stands as current boss Ole Gunnar Solskjaer was left with the longest of walks back to the dressing room at half-time.

According to English football stats expert OptaJoe, it was the first time Manchester United had ever been 4-0 down at half-time in a Premier League game.

It was also the first time in 70 YEARS they had trailed by that margin at the interval in a league game.

It was a particularly bad half for England defender Luke Shaw, who was at fault for three of the goals.

And things went from bad to worse soon when Kop idol Salah completed his hat-trick five minutes after the restart before United's half-time substitute Paul Pogba was sent off for a dangerous lunge on Keita.

It look like there might be something for home fans to cheer when their talisman Cristiano Ronaldo produced a typically brilliant finish from the edge of the box but it was ruled out for offside after a VAR check.

The win for Jurgen Klopp's side was set to put them a point behind leaders Chelsea and leave United in seventh, outside the European places and eight points off the summit after nine games.

The exodus of the home fans continued as the game drew to a close with large sections of empty red seats at Old Trafford shown by TV coverage.

The rate of scoring by the Reds slowed considerably in the second-half but their overall dominance against the ten men of United continued and it was clear Solskjaer was going to be left with some very difficult questions to field after the match.

It finished 5-0 and that equaled United's heaviest-ever Prem defeat and was their worst-ever defeat to bitter rivals Liverpool.