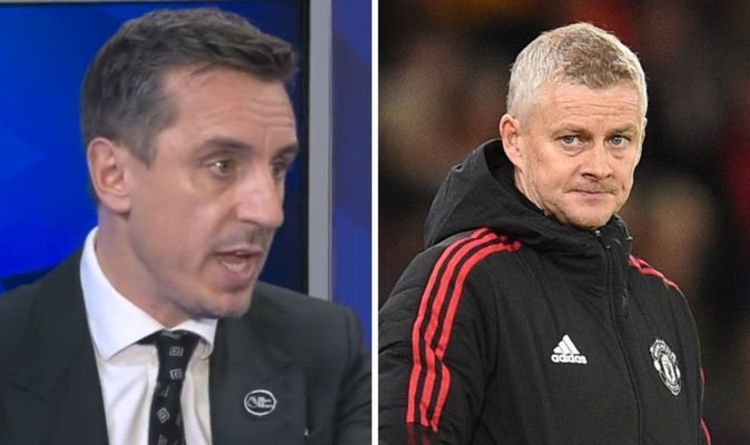 Manchester United icon Gary Neville has taken aim at the Manchester United squad for rolling over in an "obliteration" at the hands of fierce rivals Liverpool on Sunday. The Red Devils headed into their fixture against the Reds in serious need of a win in the league.

It was an opportunity for the out-of-form Red Devils to not only rectify their recent run of results, but also halt Liverpool's unbeaten streak.

But the high-flying Reds continued their incredible scoring record away from home in some fashion.

Mohamed Salah then turned the screw as he bagged his first of the game before adding Liverpool's fourth with seconds left of the first half.

Gary Neville was furious after the game (Image: GETTY)

Boos rang around Old Trafford as United's players trudged off the pitch with Ole Gunnar Solskjaer cutting a lonely figure.

Things failed to improve in the second half though as Salah completed his hat-trick before Paul Pogba was shown a straight red for a nasty challenge on Keita.

Neville was on commentary for Sky Sports throughout the match and his frustrations were clear.

Speaking in the studio after the game, Neville left nobody out in slamming the club as a whole.