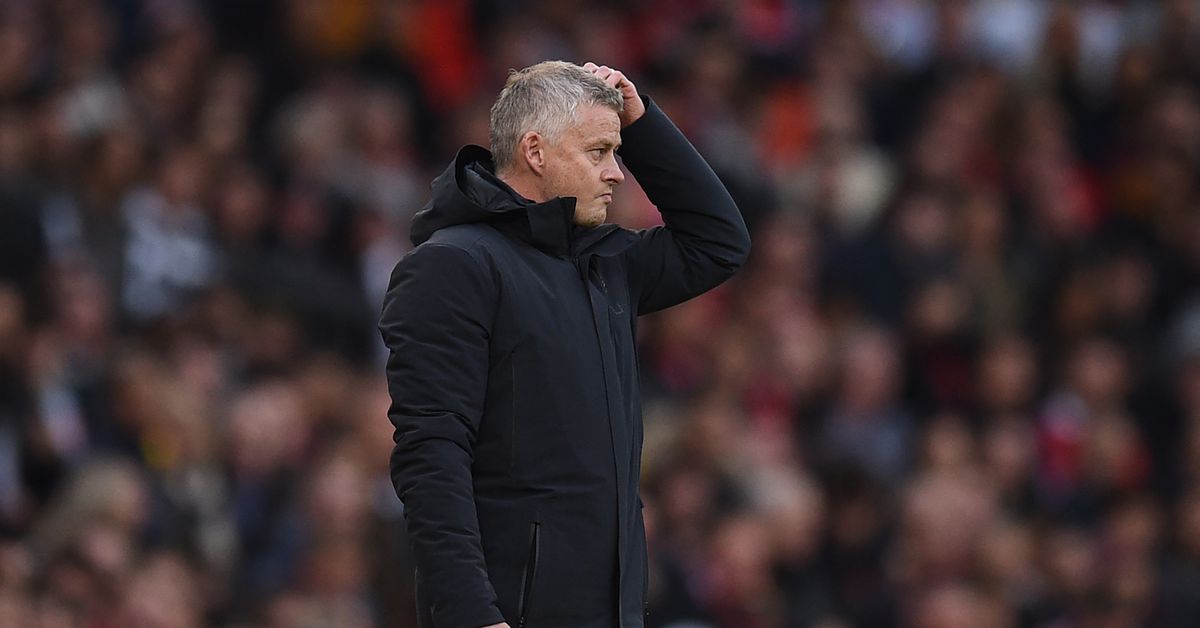 Ole Gunnar Solskjær’s position as Manchester United manager is hanging by a thread after he oversaw a historically awful 5-0 defeat at home to Liverpool on Sunday. Mo Salah continued his blistering run of form with the easiest hat-trick he’s likely to ever score, and United’s woes were compounded with a Paul Pogba red card for serious foul play early in the second half.

Despite Liverpool’s devastating victory, the opening chance of the game was United’s. Some intricate play down the left bought Bruno Fernandes a clear sight of goal, but the Portuguese midfielder lashed high and wide of Alisson’s near post.

Within ten minutes, Liverpool had a second. Maguire and Luke Shaw were caught napping deep in their own half, and had their pockets picked by Keïta. He offloaded to Trent Alexander-Arnold, whose low cross to the back stick was turned in by Diogo Jota.

United eventually regained some composure, and exerted their most sustained spell of first-half pressure at 2-0 down. Mason Greenwood would have pulled a goal back just short of the half-hour were it not for a fine Alisson save, the Brazilian springing to his right to divert a powerful low shot around the post.

However, United’s hopes of getting back into the game were thwarted by more terrible defending. Caught between conflicting strategies of sitting deep and pressing high, United’s performance was a damning indictment of Ole Gunnar Solskjær’s tactical preparation. Salah, however, was all too happy to capitalise, netting twice before half time to leave the hosts 4-0 down at the interval. Loud boos echoed around Old Trafford as the teams trudged down the tunnel.

Things went from terrible to even worse five minutes into the second half, when Salah completed an inevitable hat-trick. Liverpool captain Jordan Henderson made the goal, winning possession on the halfway line and curling a delicious pass behind Maguire, which the Egyptian lifted over de Gea and into the net.

For a brief moment, United thought they’d pulled one back, as Cristiano Ronaldo sprung the offside trap before sticking the ball in Alisson’s net. Alas, the dreaded lines were drawn by VAR officials, and Ronaldo was found to have been on the wrong side of them. The referee chalked the goal off, and cranked up the Reds’ embarrassment.

Paul Pogba compounded Solskjær’s miserable afternoon with a final act of revenge 15 minutes into the second half. Having been spurned for a starting berth and only introduced at halftime, the Frenchman launched into a vicious two-footed challenge on Keïta. It was a terrible tackle, and the referee had no choice but to send Pogba off. Keïta, the innocent victim of Pogba’s pent-up frustration, left the field on a stretcher.

For the remaining minutes, United were all hands to the pump to keep the scoreline from getting even more embarrassing. They almost netted a consolation with just over five minutes left, when a floated free kick was flicked into the six-yard box by Scott McTominay, and then against the crossbar by Edinson Cavani. That proved the closest either side went to netting the game’s sixth goal, with United subjected to total, utter, and abject humiliation.