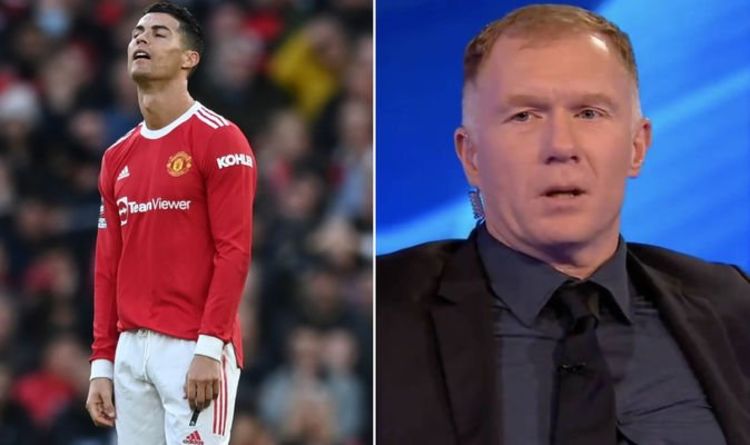 Jurgen Klopp's charges thrashed their bitter rivals on their own turf and raced into a 4-0 lead by half-time after Naby Keita scored their earliest ever Premier League goal at Old Trafford inside five minutes.

Diogo Jota made it 2-0 by the 13th minute before Mohamed Salah became the highest-scoring African player with a brace before the break as Liverpool ran riot in Manchester.

The whistle for the interval was met by a loud chorus of boos and it got even worse at the start of the second half, when Salah became the first away player to score a hat-trick at United's home ground since Real Madrid's Ronaldo in April 2003.

Cristiano Ronaldo then had a goal disallowed for a narrow offside before half-time substitute Paul Pogba was sent off for a reckless challenge on goalscorer Keita.

Liverpool took their foot off the throttle after that as they controlled the game and protected their clean sheet, though Trent Alexander-Arnold was brilliantly denied by David de Gea as the visitors sought to stretch their lead.

And Solskjaer and co. cannot say there weren't warned, with club legend Scholes one of those after the midweek comeback against Atalanta in the Champions League to point out that there were real problems needing to be looked at.

Trailing 2-0 at half-time through goals from Mario Pasalic and Merih Demiral, United ran out 3-2 winners in their group stage match as Marcus Rashford, Harry Maguire and then Ronaldo all scored.

Speaking on BT Sport post-match, Scholes said: "I get all the United excitement with the way they're playing. But that first half, I just didn't enjoy it.

"I think that first half put me off the second half in all honesty. I think if United were playing a better team it would have been out of sight.

"They were playing against Atalanta with five players missing, a defender who had to go off at half-time.

"And great, I get all the excitement, the going for it, all the chances created, but there was something about it that I just didn't enjoy.

"The first half I thought was worrying, they just looked anything but a team. It just lacked unity.

"It was six players - it was the back four, the two holding midfield players and the rest. That to me is a worrying sign.

"I don't want to sound like a party pooper, it was a great night for the fans and a great comeback with some really good goals and Cristiano was the big hero again winning us the game.

"But that first half was a major worry for me."

And Liverpool proved Scholes right as they ran out comprehensive winners on an embarrassing evening for Solskjaer's United, where they were outplayed virtually the entire 90 minutes.

The result leaves them eight points off first-placed Chelsea after just nine games in a season in which they were expected to contend for the title after a big summer spend .

Gary Neville called the defeat "sobering" midway through the second half and the pressure has now been seriously cranked up on the Norwegian coach, his former team-mate.

United have fully stuck with their manager but with Tottenham, Atalanta and Man City coming up, Solskjaer needs to arrest Scholes' concerns quickly or he may find himself out of a job by Christmas.