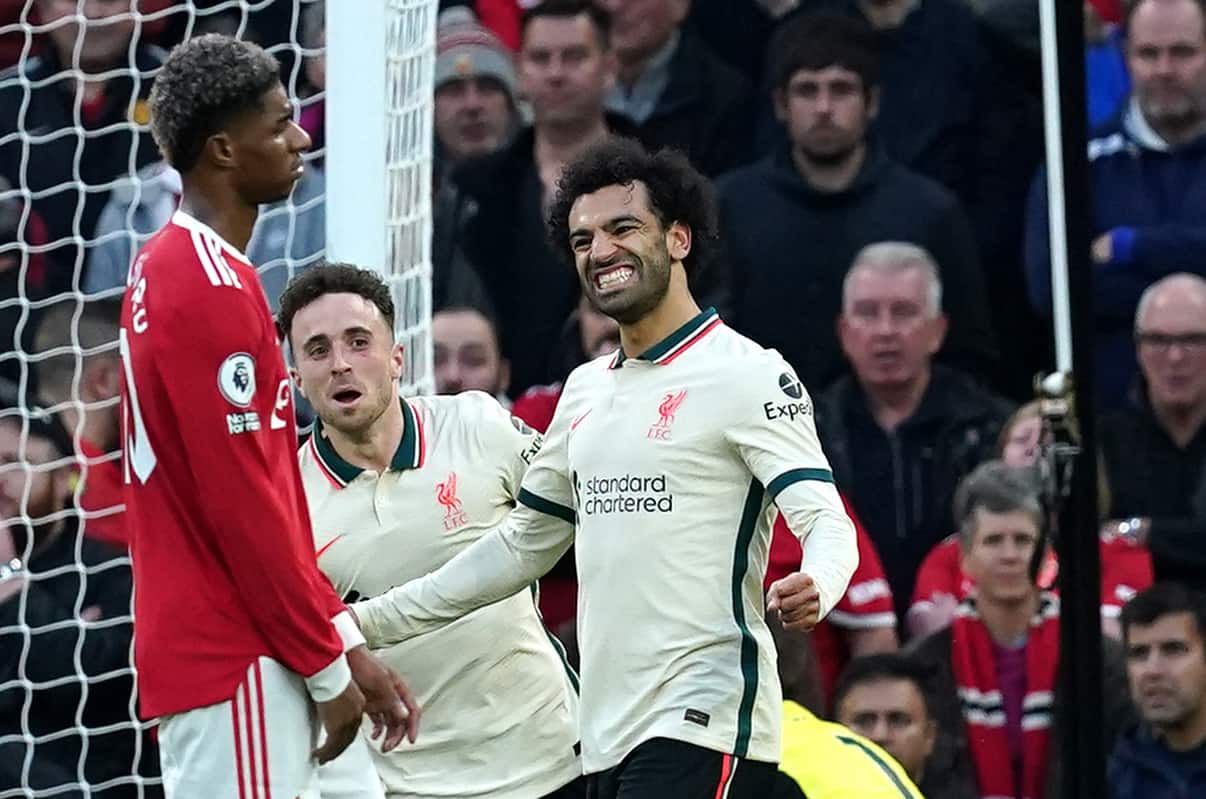 Liverpool breezed past an abysmal Man United team, displaying the gulf in class, quality and organisation between the two teams currently.

Made a couple of good saves in the first half when required, preventing accurate finisher Mason Greenwood from curling one inside the far post, stopping another from Cristiano Ronaldo.

Crossed for the second goal which was turned in at the far post by Jota. Perfectly steered in behind the defence so only Jota, or even Milner, at the far post could get it.

Covered well in other positions when required, and though he was dribbled past on one occasion near the byline, his defensive positioning and body shape was good when he found himself isolated.

Forced a save from David De Gea late on as he looked to get on the scoresheet to cap his performance.

Pro-active, to say the least.

Regularly charged out to challenge United players. Even when failed to intercept the ball or make a tackle, it probably put fear into opposition players, expecting his considerable presence next time they received the ball.

Perhaps as a result of this, it looked like fairly easy afternoon for the Frenchman as part of a memorable result on what was only his third appearance for the club.

One encounter with Rashford led Gary Neville to say on commentary that the United forward “saw Van Dijk and didn’t want it, he [Van Dijk] almost scared him.”

It summed up the colossal potential of this centre-back pairing which managed to keep a clean sheet despite not having Fabinho to protect them in midfield.

Not quite as eye-catching as Alexander-Arnold on the other side, but gets an extra point for getting in the face of Ronaldo after the Portuguese aimed a kick at Jones.

Looked like he might have kept Ronaldo onside as the Portuguese found the net in the second half, but the VAR ruled in his favour.

A brilliant pass with the outside of his boot to send Salah through for his hat-trick.

He’s obviously not as good as Fabinho in the No. 6 role but is good enough to help control the game against poorer sides in the Premier League, such as United.

His dictation of the play was demonstrated by the 144 touches he had during the game — by far the most of any other player on the pitch. He also finished with an impressive pass success of 96 percent.

Went off after 25 minutes with an injury.

A standout performance from the Guinean before he was on the end of a dangerous two-footed tackle from Paul Pogba which ended his game after an hour.

Covered well in defence and was also superb in attack. A couple of noticeable passes went astray, but he was generally excellent.

He was involved in intricate passing moves and these, combined with his jinking movement, took United players out of the game to create space for the front three.

Got his name on the scoresheet with a well-taken finish assisted by Salah, and returned the favour for his teammate by assisting the first of his three goals.

10/10 performances are becoming the norm for the Egyptian. He’s surely nailed on for this year’s Ballon d’Or regardless of what Karim Benzema is up to in Spain or how many goals Robert Lewandowski scores for a dominant Bayern in Germany.

It was another complete performance that included a continuation of his unbelievable goalscoring record. A haul of three goals as memorable as a collection as his efforts in recent weeks were as individual moments.

Even though he didn’t contribute directly to a goal, the Brazilian was the most involved of the three forwards in terms of touches and linkup play until he was withdrawn with 15 minutes to go.

Played much of the game in attacking midfield positions where a No. 10 might normally be seen, dropping off the United defence and giving them decisions to make.

Filled the space left when Firmino dropped deep, but also did a job as a wider forward when the team broke as shown by his goal, turned in at the far post.

An excellent showing after replacing Milner in the second half.

Operated in a similar manner to Keita on the other side, and even if he wasn’t quite at the same level as the Guinean it meant he hit the ground running after his early introduction.

Wasn’t fooled by Solskjaer’s mind-games before the game, and picked a side that prepared for Rashford’s pace down the left.

His midfield was not the most solid looking at certain times on the break, but his defence was always there to tidy things up.

The introduction of Konate as a designated destroyer worked, and even when caught on the break the side had the shape to regroup.

The slightly unusual team selection was fully justified, and the game plan was executed perfectly.