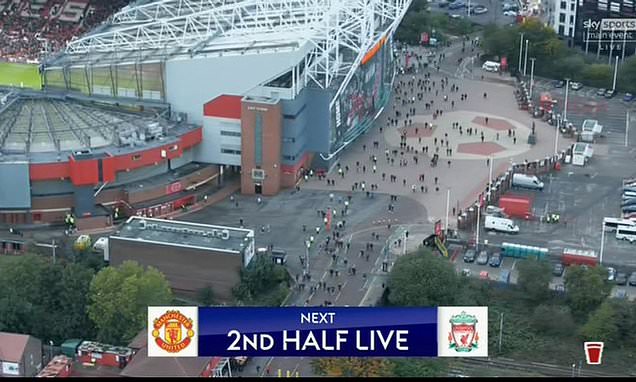 Rio Ferdinand slammed Manchester United for an 'embarrassing' first half performance against Liverpool, as United fans called for Ole Gunnar Solskjaer to be sacked following a humiliating defeat to Liverpool.

The defeat was United's heaviest against Liverpool at home in the history of English football's biggest rivalry. It also marked the first time United have conceded at least five goals without scoring at Old Trafford since they lost by the same scoreline to Manchester City in February 1955.

Naby Keita put the visitors 1-0 up after five minutes, before Diogo Jota added a second eight minutes later and Mohamed Salah scored twice in seven minutes before the break.


Such was Liverpool's dominance that Ferdinand described the contest as men playing against boys.

'We are always gonna pose a threat because of the individuals we have…..but we are so easy to play through it’s unreal,' he tweeted through the first half.

Some United fans called for Antonio Conte, Erik Ten Hag or Zinedine Zidane to be appointed

Some pointed out United conceded more goals in the first 45 minutes against Liverpool than Chelsea have done in nine Premier League games so far and called for Antonio Conte, Erik Ten Hag or Zinedine Zidane to be appointed in place of Solskjaer.

United's lack of structure has long been one of the main criticism aimed at Solskjaer and his coaching staff, largely because of the defensive frailties that were again laid bare on Sunday.

United have kept one clean sheet in the last 21 matches and their defensive frailties came under scrutiny on social media. Harry Maguire and Luke Shaw, in particular, were singled out for their performances.

England Women's international Lianne Sanderson said United were so 'woeful' Liverpool didn't even to play particularly well to inflict a humiliating defeat on their rivals.

The mood was just as negative at Old Trafford, where several supporters voted with their feet, streaming out at halftime.

The queues for the exit continued during the second half after Liverpool added a fifth goal early on, as Salah completed his hat-trick.

To their credit, the majority of United fans remained in their seats and must have counted themselves lucky Liverpool didn't step on the gas in the second half.

United's dismal afternoon went from bad to worse as Cristiano Ronaldo had a goal ruled out by VAR for a marginal offside and Paul Pogba was sent off just 15 minutes after coming on at halftime.

The Frenchman was initially booked by Anthony Taylor for a reckless tackle on Keita, before VAR intervened to upgrade the card to red.

The defeat leaves United eight points adrift of league leaders Chelsea, while Liverpool overtake Manchester City in second place and are just one point behind the Blues.