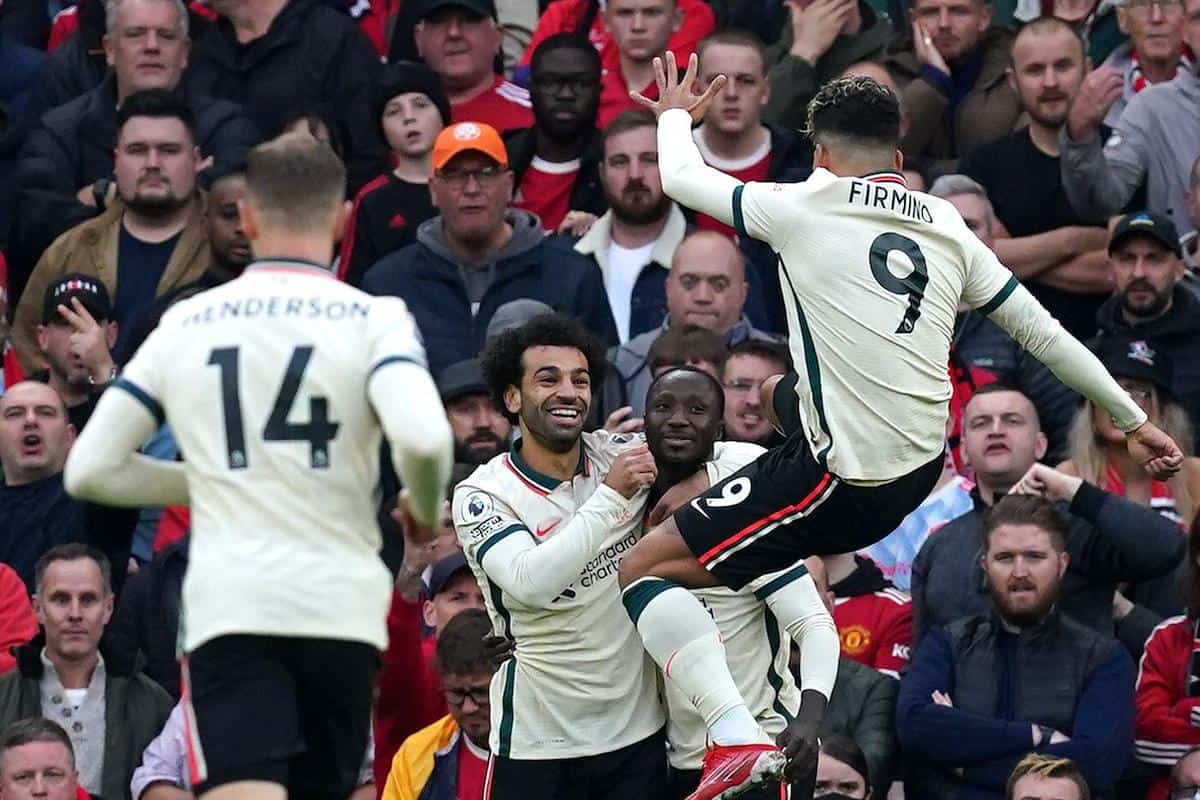 Liverpool’s return to Old Trafford was quite possibly the most fun 90 minutes Kopites have ever had in the modern era with an absolute battering of Man United.

There were a few eyebrows raised at Ibou Konate starting over Big Joel Matip, with Klopp saying he had seen a few things in United’s game which made this one an ideal game for our summer signing – presumably the pace of Rashford et al down that side.

Konate will have heard lots about the rivalry, the difficulty of playing at Old Trafford, the importance of the game; he may have then spent an hour and a half or so wondering if all his team-mates were winding him up.

A few quick step-outs to win the ball and set the Reds away, a couple of good aerial wins and a few decent passes out – but not much more.

Certainly nothing to overly test him as a defender up against an attack of Ballon d’Or winners, mega money signings and the best youth prospects in that part of town.

Where walked Dirk Kuyt, so too now steps Salah.

Where Didier Drogba reigned supreme, Salah has absolutely wiped the floor with his records.

Where records sat for over a century, he has absolutely smashed them asunder and dragged them into the modern age.

TEN straight games now for Salah finding the back of the net.

This is called ‘coaching’

On a blustery autumn day in Manchester, young Ole attended school for 45 minutes.

This was a lesson for him in what elite coaching looks like, a standard he is unlikely to ever get close to achieving.

His team were an utter, utter abomination, the defence ragged, the cohesion non-existent, his benchmates left utterly bewildered.

Jurgen Klopp made big calls, was without other stars, presumably facing a difficult away game…and it didn’t matter, because the entirety of this squad knows their job, knows what needs doing and knows how to do it.

It’s not an accident. It’s planned, prepared for, rigorously repeated and all designed by a world-class manager who knows precisely what he wants and, more importantly, how to achieve it on the training ground.

There was one performance which was utterly shocking and not in a Man United shirt – that of referee Anthony Taylor.

How on earth Cristiano Ronaldo got away with obviously booting the ball at Curtis Jones, twice, after the whistle had gone, was at the very least a question mark.

There was a bad challenge from Bruno Fernandes and a high boot from Fred – the same as Griezmann’s in midweek – which could also have warranted more than the yellows they saw.

And then Pogba. He’d been on 15 minutes, he flew in on the excellent Naby Keita with studs up, over the ball, straight into the lower shin and with the second leg following in just as hard – and yet Taylor saw fit to issue nothing more than yet another yellow.

In a match of ineptitude by the hosts, this was the worst abomination of all, as clear a red card as the league has seen all season, and one which left Keita stretchered off.

Added to James Milner going off first half with an injury, Fabinho missing the match with a knee knock and Thiago‘s ongoing absence, and our central options are really running thin.

Onto midweek and this time it’s Preston away in the League Cup.

Rotation would always be on the cards for that competition, and more so after the week of three games we’ve had.

We’ve seen before that the likes of Trent and Phillips among others have seized their chance when it came along through cups and injured seniors – one or two midfield U23s options could well be thinking of doing the same here now. Tyler Morton perhaps front and centre, there.

After that, we’re at home to Brighton next weekend in the league; we could do with at least one senior body coming back, but irrespective of names, the target is the same – go out and win, keep the unbeaten start going.

This was a statement showing, this was a humiliation for United and this was a reminder of Liverpool being one of the best sides on the planet.