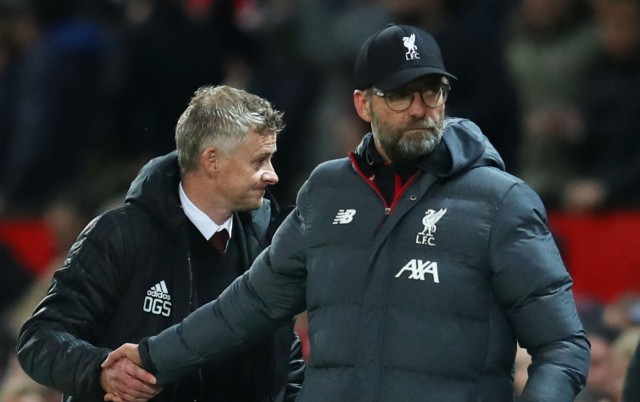 Old Trafford was emptying long before the final whistle after Manchester United were given an absolute thumping at home by Liverpool.

Perhaps the manner of the performances could’ve been predicted before the match, given that the Reds have been in brilliant form whilst the Red Devils have stumbled from one bad performance to another, relying on Cristiano Ronaldo to bale them out late on.

That was never a consideration on Sunday, with Jurgen Klopp’s side going two-up before 15 minutes had even been played and doubling that lead before half-time, the first time in Premier League history that United had conceded four.

The gulf in class right across the XIs was marked, and it’s no wonder that the Liverpool fans tucked away in one corner took the opportunity to rub salt into a gaping wound.

Liverpool fans sing at Old Trafford “Ole’s at the wheel”

To the tune of KC and The Sunshine Band’s 1980s hit ‘Give it up,’ the Merseysiders sang ‘Ole’s at the wheel,’ parroting a saying from some months ago when United were in better shape than presently.

With Man City the next opponents at Old Trafford, things could get much worse before they get better.