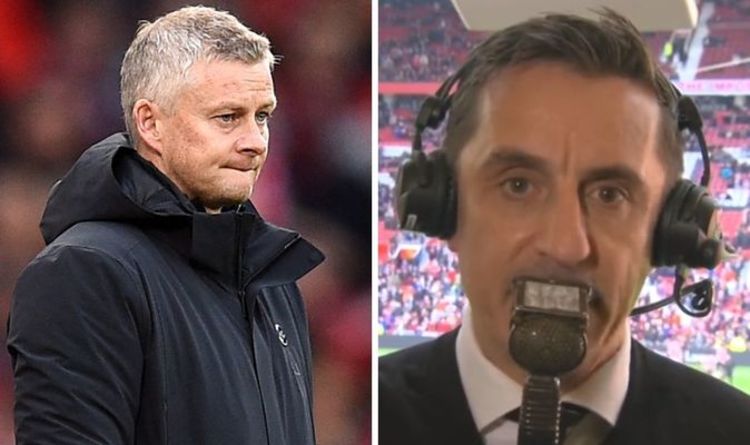 Gary Neville expressed concern on Ole Gunnar Solskjaer's team selection for Manchester United's match against Liverpool and his fears were realised in the opening 45 minutes. All eyes were on who would be selected as the midfield pairing to sit behind Bruno Fernandes in United's starting line-up.

Paul Pogba has been utilised in that role on occasions while Nemanja Matic came in last week against Leicester.

Donny van de Beek meanwhile has struggled to feature throughout his time at Old Trafford.

The main pairing under Solskjaer has been Fred and Scott McTominay and the Norwegian head coach opted to go down that route against Liverpool.

But they were ineffective in stopping Liverpool's fast start to the game with Naby Keita and Diogo Jota quickly giving the visitors a 2-0 lead.

Mohamed Salah soon added a third before half-time, before scoring his second of the match moments before the break.

Neville understood why Fred and McTominay were chosen, but the former United defender was clearly disappointed at seeing the pair start together.

"We know what McTominay and Fred give him," he said.

"Ole trusts them it means he doesn't trust Paul Pogba or [Donny] van de Beek at this moment in time or [Nemanja] Matic.