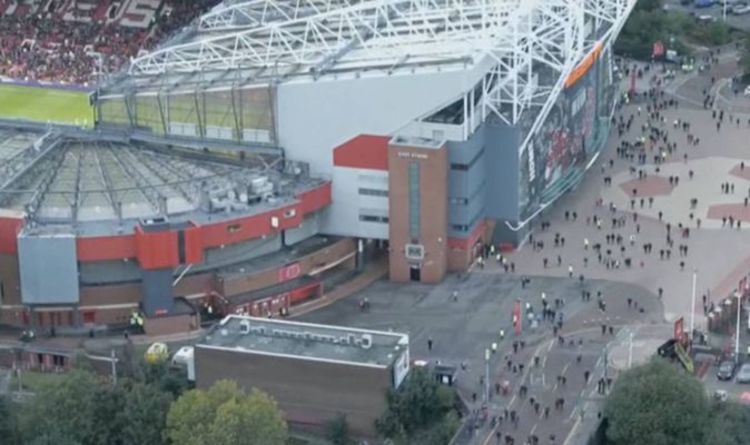 Manchester United supporters departed Old Trafford in their droves at half-time as their team incredibly trailed Liverpool 4-0 in the Premier League. A disastrous first-half saw the Reds score four times without reply as Ole Gunnar Solskjaer's job hangs by a thread.

United actually nearly led in the fixture. Bruno Fernandes stormed in on goal within the first three minutes but blazed his effort high and wide.

But Liverpool dominated the opening 45 minutes from that point. Naby Keita scored the opening goal within two minutes of Fernandes' miss.

Diogo Jota doubled Liverpool's lead after a fine move. The Portuguese, who replaced Sadio Mane in the line-up, tapped in Mohamed Salah's cross at the back post.

Salah then took charge. He converted his first goal from close range before adding another in first half added time.

Referee Anthony Taylor called time in the first half with Liverpool leading 4-0. United fans booed their side off, with boss Solskjaer hanging his head as he trudged along the touchline.

The Norwegian wrapped his arm around the back of forward Mason Greenwood as the pair headed down the tunnel. Greenwood was withdrawn for Paul Pogba for the start of the second half.

United legend Cristiano Ronaldo could be seen puffing his cheeks in disbelief at the scoreline. The Portuguese had been booked for an overzealous challenge on Curtis Jones only minutes before.

Marcus Rashford, Bruno Fernandes and David De Gea all seemed dejected as they walked in for Solskjaer's half-time teamtalk.

Broadcast cameras then turned to the thousands of supporters leaving Old Trafford ahead of the second 45 minutes.

Former United defender Gary Neville had feared a negative result when he saw Solskjaer's starting XI. The 46-year-old had expressed concern over the midfield pairing Scott McTominay and Fred.

"We know what McTominay and Fred give him," Neville said.

"Ole trusts them it means he doesn't trust Paul Pogba or [Donny] van de Beek at this moment in time or [Nemanja] Matic.

"He still goes back to those two who have been the most reliable over the past two or three years.

"Only thing I would say is that obviouisly with all that talent on the bench, if you don't win with those two in midfield then where do you go from there?

"I like McTominay and Fred, I just think they're limited in terms of what they can offer Manchester United in getting back to where they need to be."

We'll be bringing you the very latest updates, pictures, and video on this breaking news story.

For the latest news and breaking news visit: /sport/football