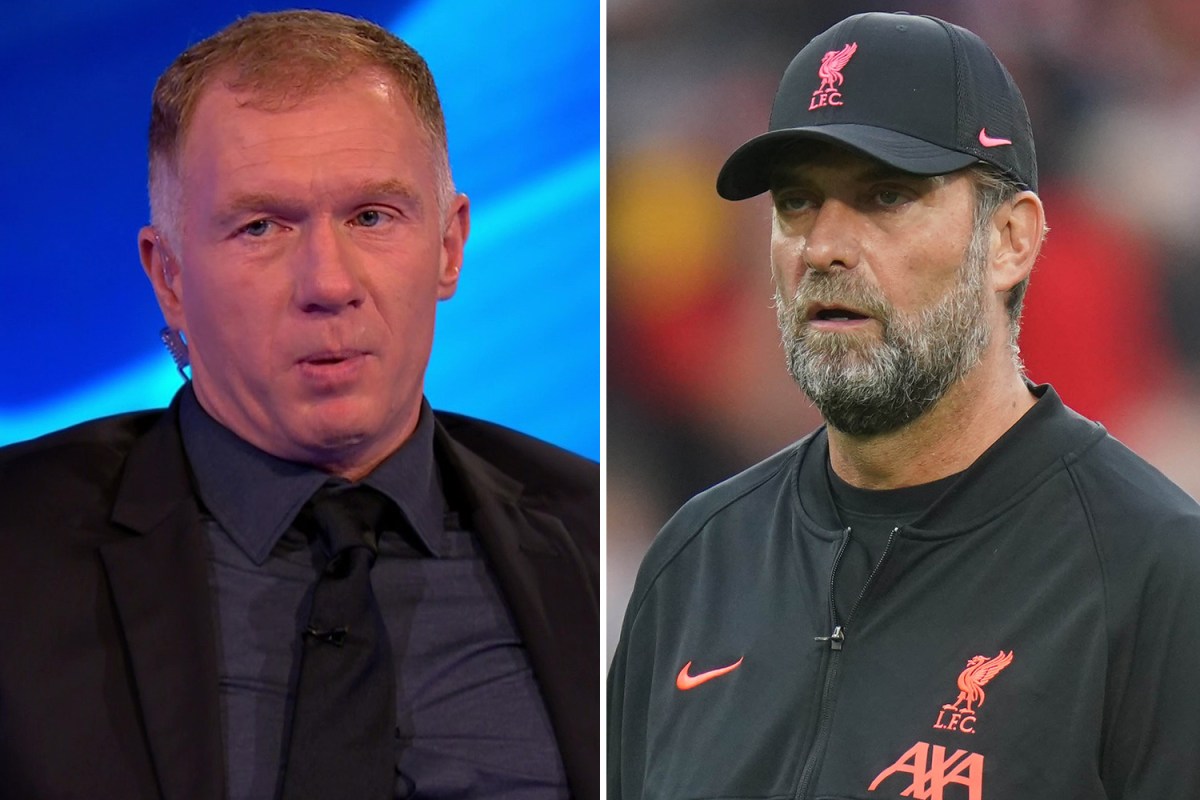 JURGEN KLOPP has denied Paul Scholes' claim that he was 'rubbing his hands together' at Manchester United's dismal first half display against Atalanta on Wednesday.

The Red Devils went into the break 2-0 down against the Serie A side, before producing a sensational Champions League comeback to win 3-2.

Klopp has a superb recent record over Man Utd but refuses to pick faults in their current teamCredit: PA

Scholes was not impressed with United during their win over AtalantaCredit: BT Sport

And while Ole Gunnar Solskjaer's side managed to recover from a poor first 45 minutes, Scholes was still heavily critical of their performance after the game.

The Man Utd legend said: "It was great seeing all the shooting and crosses in second half, but that first half worried me.

"They showed great spirit but they conceded so many chances, quality players make sure you don't win that game.

"Will they play that well against Liverpool? I imagine Jurgen Klopp at home rubbing his hands together watching that first half."

United host Liverpool at Old Trafford in the Premier League on Sunday in a huge clash between two of England's biggest rivals.

But Klopp insists he saw few weaknesses in Solskjaer's team during their victory over Atalanta.

He said: "There was not one second when I was rubbing my hands together, there was no reason for it.

"Atalanta caused United first half some problems but even in that half they had three clear cut chances.

"The second half was pure power presentation of United, they went for it with the quality they have and they can cause any team problems, especially if you stop playing football which Atalanta did a little bit.

"So no, I was not rubbing my hands. I prepare the time for a tough game against a really good opponent.

"We have been long enough together to know how important this game is."

Klopp's Liverpool side have not lost to Man Utd in the Prem in their previous six meetings, a run which stretches back as far as March 2018.

If the Merseyside club can win at Old Trafford, they will move seven points clear of Solskjaer's side in the title race after just nine games.