Cristiano Ronaldo 'broke Juventus locker room' with 'one rule for him, another for others'
Express 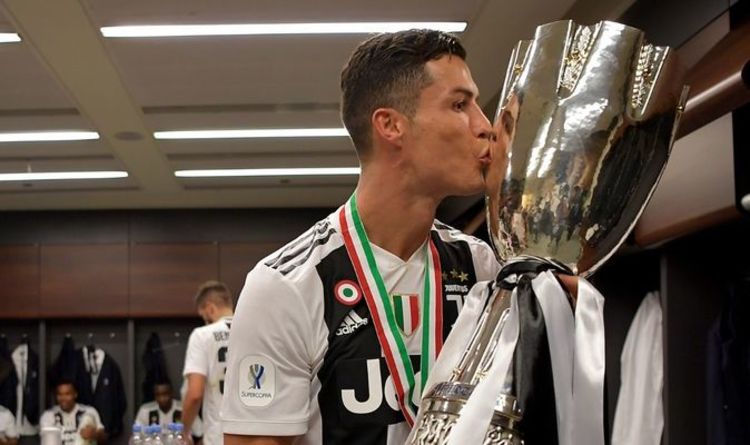 Cristiano Ronaldo allegedly failed to abide by the key principles of the Juventus dressing room, something the Italian press cites as a problem that the team are currently still recovering from. While the Portuguese superstar is currently focused on his return to Manchester United and helping Ole Gunnar Solskjaer's side get their season up and running, the fallout from CR7's departure has continued back in Turin.

Back in late August, Juventus boss Massimiliano Allegri revealed that Ronaldo told him that he'd played his last game for the club, while it was unclear where he would be heading.

But Ronaldo was true to his word and packed his bags before boarding a private jet to fly him straight to Lisbon with super-agent Jorge Mendes, where he would eventually undergo a medical with United.

While the 36-year-old felt privileged to have experienced life at Juventus for three seasons, this was an abrupt ending to his time in Turin and a bitter pill for the Bianconeri to swallow.

Nonetheless, Juventus would later agree a deal with Manchester United for Ronaldo, despite links to Manchester City and Paris Saint-Germain as CR7 sealed his dream return to Old Trafford, 12 years after waving goodbye to the club.

The Old Lady currently sit seventh in the Serie A table, some 10 points adrift of Scudetto frontrunners Napoli, who have won all eight of their matches under new boss Luciano Spalletti.

While Juventus' form in the Champions League has been far more impressive with three wins from three, it appears there are still wounds that need time to heal following Ronaldo's swift exit.

Tuttosport are now reporting that Ronaldo went against Juventus' traditional dressing room conduct during his time at the club.

It's claimed there are unwritten rules of 'equality, unity and humility', something Ronaldo allegedly did not abide by, according to the Turin-based newspaper.

The veteran said: "Do we play more as a team? It is absolutely true. In the recent past we had lost this characteristic from Juve, we were playing with a great champion like Ronaldo and we wanted to put him in a position to always do well, thinking he could solve all the games. This year we are rediscovering that right humility that is needed to regain victory."

While Tuttosport note that Ronaldo's influence in attack cannot be questioned, it's suggested that the team were more fragile when he was in the team, due to his lack of desire to defend and track back.

Meanwhile, Bonucci's centre-back partner Giorgio Chiellini has also pointed out that Juventus would have been better prepared for the season should they have known earlier this summer that Ronaldo would be leaving.

Instead, his exit was sudden and on the eve of an important match, disrupting the club's start to the new campaign.

The Italian international told DAZN: "Ronaldo left on August 28 and it certainly would have been better if he had gone earlier so we could prepare. Unfortunately, we pay a price for that...

"Hard to digest? No, but it does create a shock and we pay for it in terms of points in the first games.

While the story also references the positive impact of Ronaldo and how his winning mentality helped drive Juventus to multiple trophies, it states that while there are no regrets that the club signed him from Real Madrid, there are also none about letting him leave to re-join United...