While a match has a pulse, Solskjær’s Manchester United will still believe | David Hytner
The Guardian 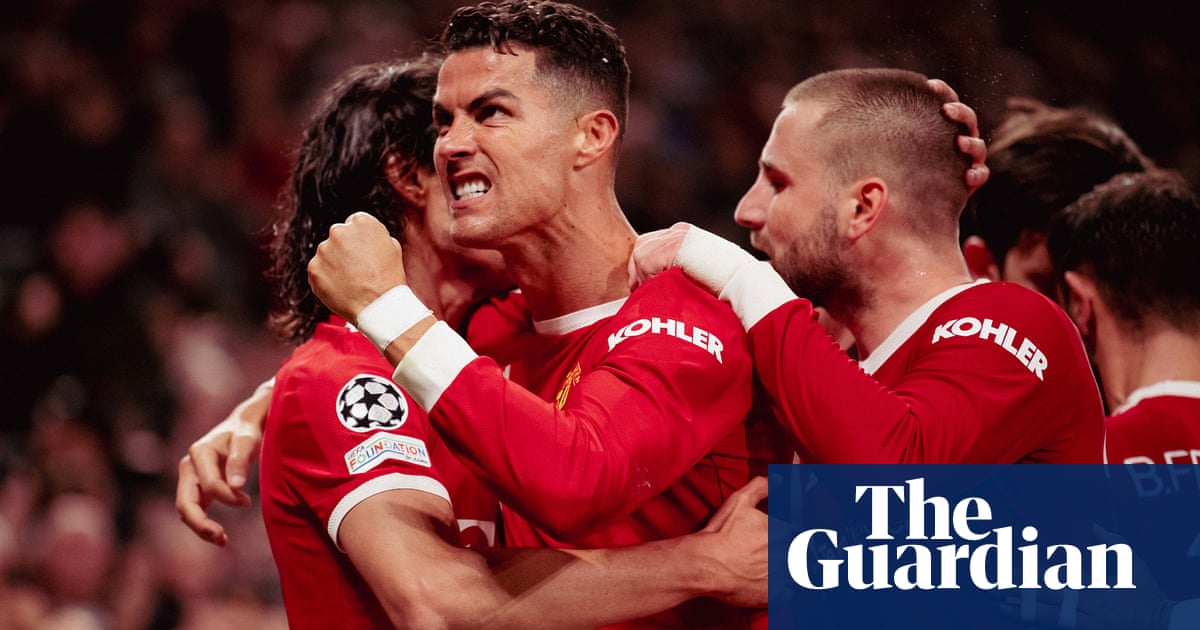 It was the moment that ignited Ole Gunnar Solskjær’s reputation, not just as a Manchester United supersub but as the provider of dramatic, late goals that made a difference. It was January 1999, Old Trafford was in a frenzy after Dwight Yorke’s 88th-minute equaliser against Liverpool in an FA Cup fourth-round tie and the board had gone up for stoppage time.

Solskjær, on as an 81st-minute replacement for Gary Neville, saw Paul Scholes reach a flick ahead of Jamie Carragher and nudge the ball towards him. The Norwegian was on the right side of the area, level with the penalty spot and he looked like the calmest person in the stadium, taking two touches to create the space and angle before firing low past David James to win it.

Premier League: 10 things to look out for this weekend

It was Solskjær’s third season as a United player and he had come off the bench to score before – six times, to be precise – notably on his August 1996 debut against Blackburn, when he got a 70th-minute equaliser. There was also an 86th-minute equaliser in September 1997 against Chelsea.

But this was on the next level – the decisive contribution in the classic game of English football and at the very death. Two weeks later Solskjær would score four times as a substitute in the closing stages of the 8-1 win at Nottingham Forest and, on the final day of that famous season came his most famous act – the last-gasp winner in the Champions League final against Bayern Munich, having again come off the bench in the 81st minute. Of Solskjær’s 126 goals in United’s colours, 29 were as a substitute.

The Liverpool and Bayern winners changed Solskjær, driving a belief in him that there was always opportunity until the referee blew the final whistle, no matter what the flow of the game. With the right levels of composure, they could be taken; narratives turned upside down.

These are wild and edgy times for the United manager. The Premier League table does not look too bad for him and it would be pretty good if he could plot a way past Liverpool at Old Trafford on Sunday afternoon. But maybe it is because everyone knows that it could have been so much worse. Take away crucial David de Gea saves in the draw at Southampton and the wins at Wolves and West Ham and United could be down a fistful of points. They also rode their luck in the home draw with Everton earlier this month.

Ole Gunnar Solskjær shoots past Jamie Carragher for the winner in injury time in the FA Cup fourth round in January 1999. Photograph: Peter Bennett/Action Images

Solskjær’s conviction remains unwavering. It will be all right in the end, he tells himself and his players – most recently in Wednesday night’s Champions League match at home to Atalanta. Solskjær said he felt United had played well in the first half, despite going into the break at 2-0 down.

Two chances given up, two concessions, one from a set piece. And you should not be conceding from them (United have let in four in four matches following corners and indirect free-kicks). That was the gist of Solskjær’s analysis and it rather skated over how his team had been overloaded in central midfield and wide defensive areas. And disjointed in the final third. Never mind. If United scored next, Solskjær said, “we win the game … as long as we don’t concede”.

In the BT Sport studio, Scholes said that despite it all, despite his numerous misgivings, it would not surprise him if United came back to win. This is what Solskjær’s United have – a connection to the spirit of the past, to Fergie-time heroics; the capacity to violently jolt a game from its rhythm with one spell, one action.

United came back to win 3-2, Cristiano Ronaldo heading the winner in the 81st minute and everyone connected to the club loved it. Actually, maybe not Scholes, who continued to brood. Solskjær has won 90 matches in all competitions during his near three-year tenure and 16 have been thanks to goals in the last 10 minutes – with the vast majority coming right at the end. Where would Solskjær be without the late shows?

Ole Gunnar Solskjær’s Manchester United have shown a connection to the Fergie-time heroics of the club’s past. Photograph: Anthony Devlin/AFP/Getty Images

In one sense, it is the essence of United; the swashbuckling, the entertainment. There is no doubt that comeback wins, particularly those driven by late goals, are more special. And what is football if not to provide enjoyment, escapism? There was not too much of that at United under David Moyes, Louis van Gaal and José Mourinho. Savour the good times. Live for the moment.

It is the manager’s curse that when the team wins, it is because of the players and when they lose, it is on him. Solskjær has plenty of outstanding individuals but he has to enjoy a measure of credit for when he provides the platform for them to express themselves. Bruno Fernandes against Atalanta was a good example. The playmaker missed so many passes in the first half but he knew he had the backing to continue to take risks, to seek the moves that could turn the tide if they came off. This comes from Solskjær. It was Fernandes’s wonderful assist for Marcus Rashford that sparked the fightback. The Portuguese picked up a knock and is a doubt for Liverpool.

United diehards are conflicted. They have a manager that they love, against whom they will not turn and who provides a promise of glory in the style that they seek. Liverpool are in freewheeling form and yet those United fans know that their team can carry the fight to them – if every player does his job. Maybe it is the hope that kills them.

Equally, the worry is that the glorious madness of the Solskjær era is not the basis for a consistent title push; that giving the opposition a head start or room to play is untenable. United have been too loose at the back for too long – they have kept one clean sheet in 20 attempts, with Harry Maguire and Luke Shaw not yet firing this season.

What supporters would give for a bit of control in games, a little comfort. It has been too erratic, with it being anyone’s guess which United will turn up. In possession against the deeper-sitting teams, they remain prone to running into brick walls; their patterns too predictable. Solskjær has had long enough to instil a discernible identity and many people remain unsure what that looks like. Or, if they do know, it is not what they want to see.

Solskjær was asked on Friday whether a repeat of the first-half performance from the Atalanta game would leave scope for a comeback against Liverpool. A pause. “Erm,” he said. A smile. And then a sidestep of the question. In other words, no. While a match has a pulse, Solsjkær and his players will believe.

“Late goals and comebacks are in our DNA,” he said. “It’s never give in – [the title of] Sir Alex’s documentary. We needed half-time against Atalanta to maybe push that belief a little more and hopefully it’s the end of a bad period for us. Teams always go through bad spells [United had lost four of seven before Wednesday] and good teams come together. If Atalanta was the start of something big – that’s what we hope.”