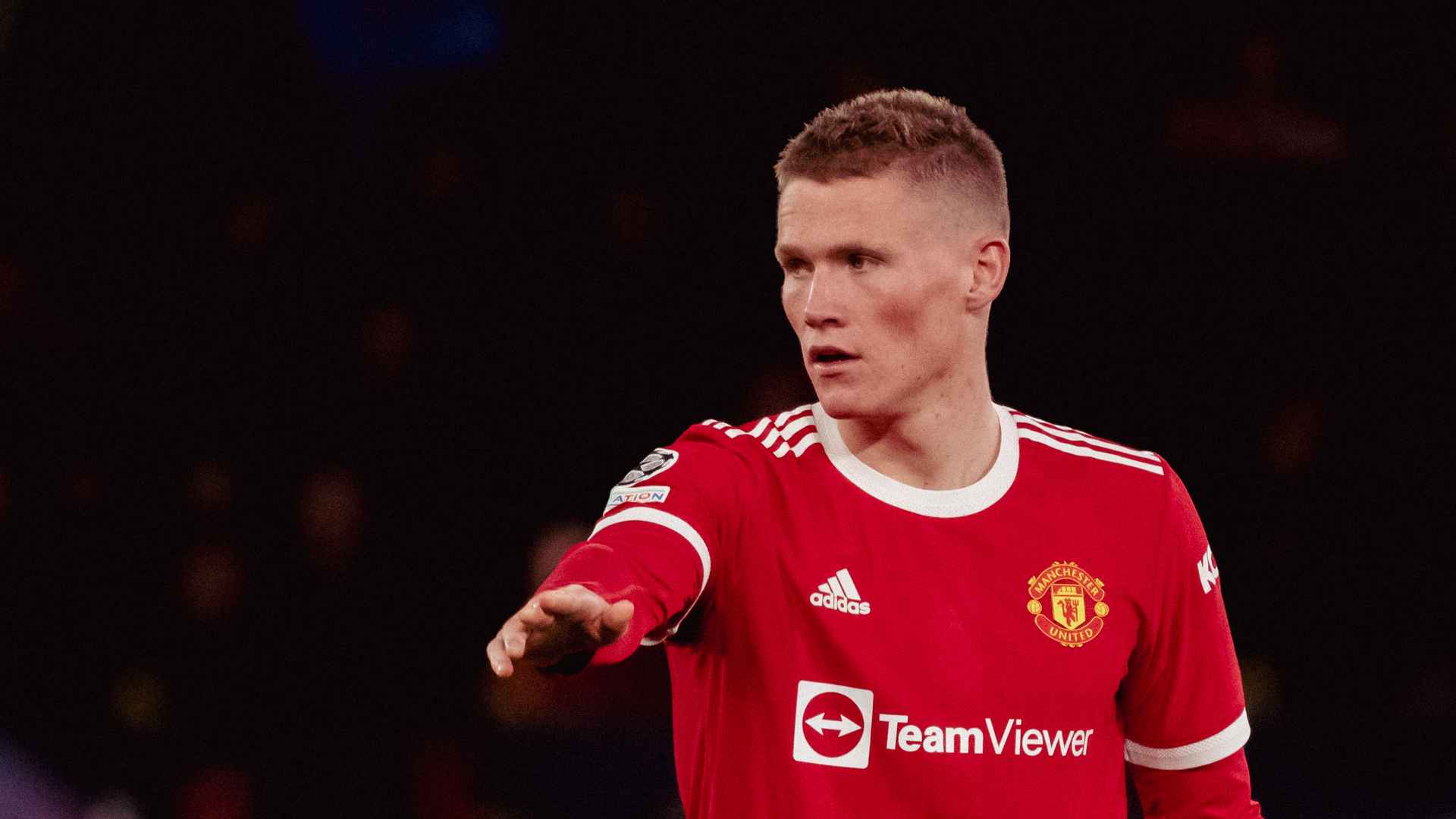 Scott McTominay says the team spirit is as strong as ever as he and his Manchester United team-mates prepare to take on Liverpool at Old Trafford on Sunday.

The Reds have endured some frustrating results of late in the league, but Wednesday’s superb comeback 3-2 win over Atalanta in the Champions League was just the tonic ahead of the big clash in M16.

Our no.39 sat down with us before the game and reflected on the team’s brilliant midweek turnaround, much of which was due to the unwavering belief within the squad.

“It was so important in terms of the way we did win it, it was big for the team spirit and the dynamic of the group," explained Scott. "Obviously we’re still disappointed by the Leicester game and a couple of games before that.

“It’s not just we win this game and it’s all sunshine and rainbows, we still need to do more as a group. It’s not just a case of we win one game and we’re back to being amazing, it’s not the case, we have to make sure that, in every game, the mentality is the same.

“People wherever were speaking about how bad we were in the first half, well I didn’t think we were at all. I thought the way we handled the first half was obviously difficult because they scored two goals from the two opportunities they had. Other than that, I think we had four or five opportunities, two of which the linesman has put his flag up for when he [our player] was onside. We were moving the ball and switching it and I didn’t feel like we had a real threat against us.

“The negativity which surrounds the football club is obviously massive and I’ve experienced it many, many times. For new players coming in and the younger players coming in, they might not have seen this. Everybody is desperate to be negative against Manchester United. We’re underdogs now and, in every game, people can write us off. At half-time I’m sure people were saying this, that and the other, but the players have got full belief in the coaches and the manager and we won’t give up.

"We might be going through a bad time, but every team goes through a bad time at least once in a season, maybe twice," he continued. "But, for us, it’s obviously scrutinised to a different level and, as I say, it’s about blocking it all out and forgetting about it and concentrating on us. The spirit in the group was amazing on Wednesday night and that’s the way we’ve got to keep it, that’s the benchmark now and that’s the standards that we’ve got to set for each other and demand."

Wednesday night’s second-half comeback was soundtracked by a raucous Old Trafford faithful, who sensed a classic turnaround as soon as Marcus Rashford got us back into the game early after the restart. The stadium is likely to be bouncing again come kick-off on Sunday and Scott says the Reds’ support will be key once more.

“The crowd were immense on Wednesday. They were obviously frustrated at half-time, we totally understand that, it’s part and parcel of the game. If we’re getting beaten 2-0 you can’t have been that good, but we weren’t bad also, that’s the difference,” he said. “The crowd came out in the second half and it was like they hadn’t seen the first half, it was amazing.

“Of course we’ve known what the next game is and we’ve known the fixtures for a long time and the manager has reiterated to us that it’s the best time to be a Man United player. We’re the guys who people want to shoot down and we’re the ones who have got to go and prove them wrong. That’s the mentality and the key message that we’re taking into this. Everybody can say whatever they like but we’re going to go and show that we’re ready to play for Man United and, most importantly, we want to be successful here.

“Whenever it is, you want to go on a run,” he continued. “But obviously off the string of a couple of bad results, it’s more important than ever. For us, we always do find a way and we will always find that mentality and motivation to really kick on and it’s coming. [It’s about] Taking your chances in big moments. Harry [Maguire] has said it to us all many times in the dressing room, big moments in big games win football matches and he’s dead right.

“Obviously, it’s going to be a different test against Liverpool who we know really, really well. We don’t need to say too much about them, other than that we need to win.”