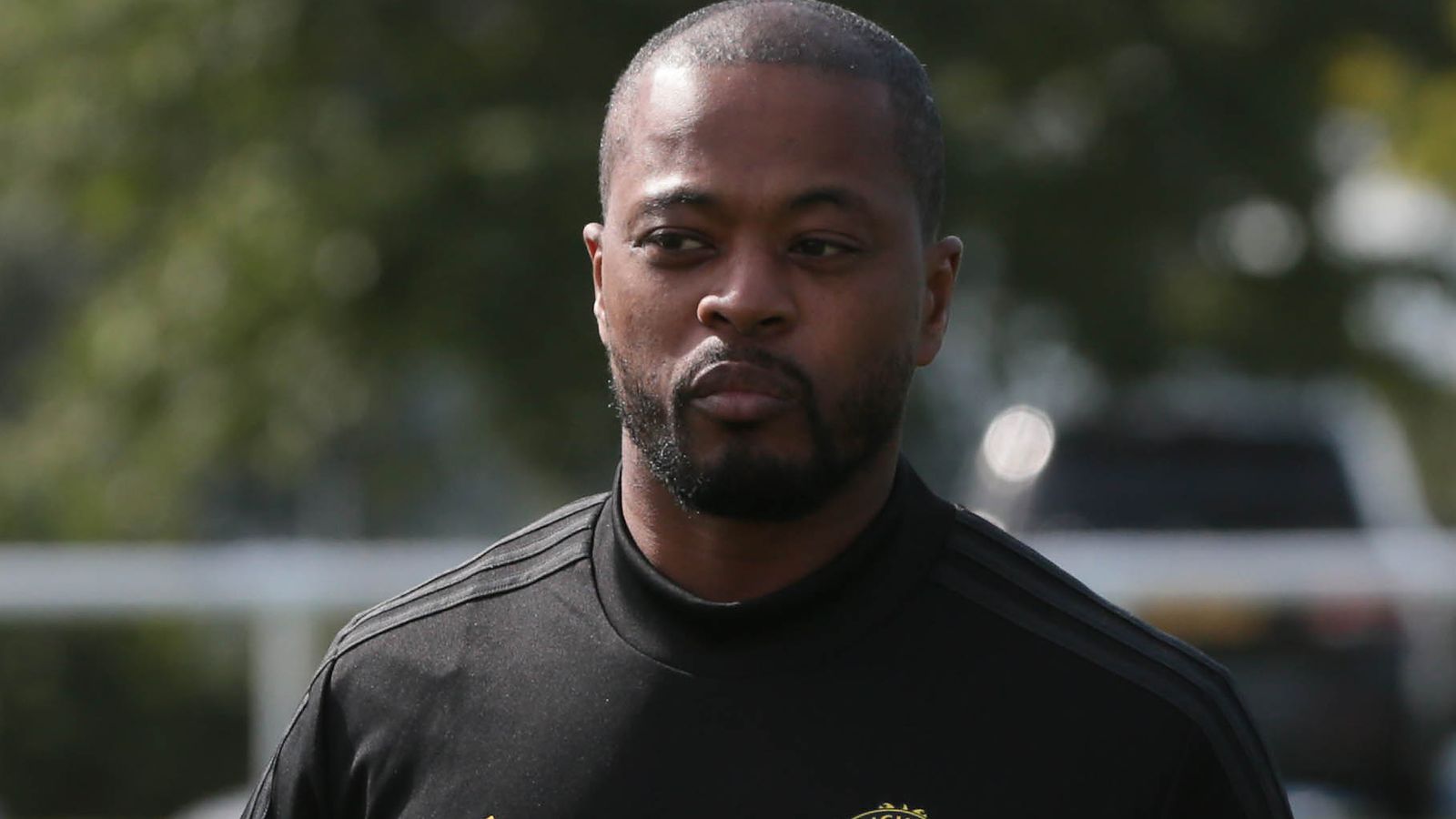 Patrice Evra has revealed he was sexually abused as a 13-year-old in an interview with The Times ahead of detailing the events in his upcoming autobiography 'I Love This Game', which is released later this month

Image: Patrice Evra releases his autobiography 'I Love This Game' later this month

Former Manchester United defender Patrice Evra has revealed he was sexually abused as a teenager.

In an interview with The Times ahead of the release of his autobiography, the ex-France international said the abuse took place when he was 13 and he is only now disclosing it at the age of 40.

That has included breaking it to his mother and family, prior to the release of 'I Love This Game' later this month, which he says left her "devastated".

"It was a tough moment for me," he said. "I have still to tell a few of my brothers and sisters and close friends.

"I don't want people to feel pity. It's a difficult situation. A mother does not expect to hear this from their own child.

Image: Evra won the Champions League with Manchester United in 2008

"It was a big shock for her. A lot of anger. She said she was sorry. She said 'you must not put it in your book, it's private Patrice', but that's when I say 'mum, it's not about me, it's about other kids', then she says OK, she understands.

"I know the book will mean people will change their view of me, but I am more than happy to talk with people. I am a better version of myself. My friends will say 'oh the world will react, think of the pressure', but the biggest pressure is to say it to my mum. Even thinking about it now, it's hard."

Evra also told the newspaper he has not yet thought seriously about prosecution, even though his mother suggested suing the perpetrator and he received calls from police during his time at Monaco.

Evra was born in Dakar in Senegal but grew up in Les Ulis in France where he began his youth career, before breaking into senior football in Italy with Marsala and then Monza.

He joined Nice in 2000 and then Monaco two years later, where he spent four years before being signed by Sir Alex Ferguson in 2006 and going on to win five Premier League titles, three League Cups and the 2008 Champions League.

Evra then played for Juventus and Marseille before finishing his career at West Ham in 2018. He has since often been a football expert and pundit on Sky Sports.