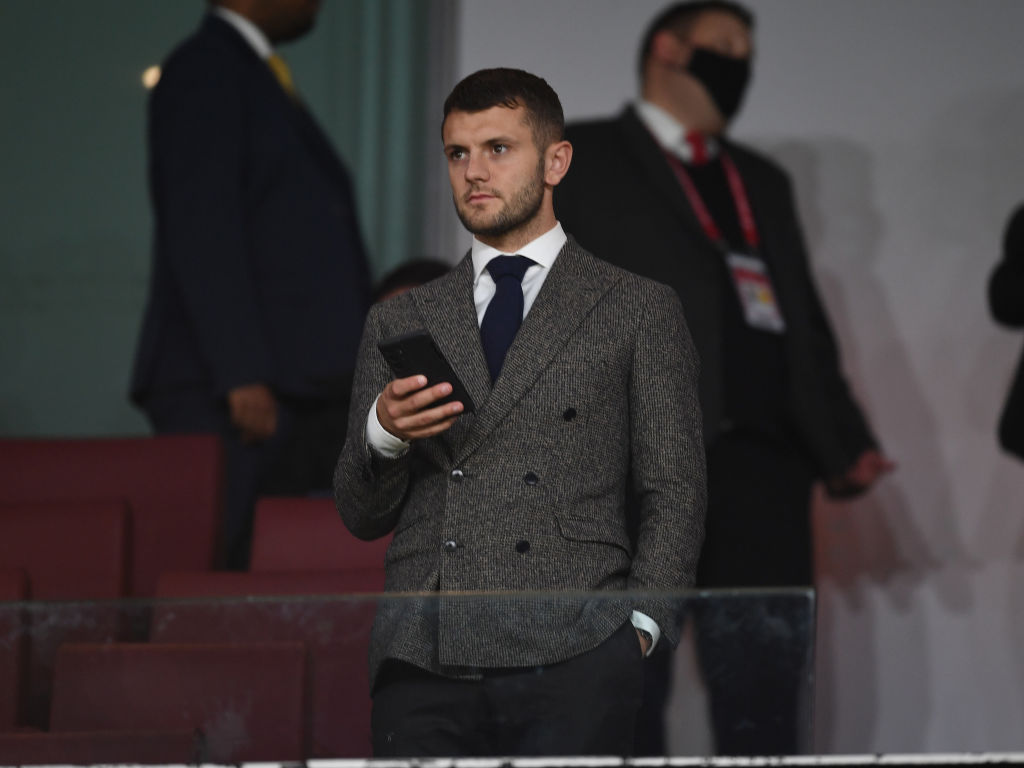 Speaking on talkSPORT, Wilshere upheld the theory that Ronaldo should be left to his own devices, rather than chasing loose ends.

For all his unrivalled quality and class, one aspect of the Portugal captain’s game has come under heavy criticism since re-joining United in the summer.

No press from the Portuguese

The 36-year-old’s pressing statistics are what you might imagine from a 36-year-old centre-forward.

At the start of this month, The Athletic revealed Ronaldo had made fewer pressures per 90 minutes in the Premier League than any forward with 270+ minutes under their belt.

Ole Gunnar Solskjaer even had to come out in defence of CR7’s apparent lack of work rate following the dismal 4-2 defeat to Leicester City last weekend.

“We’ve got 11 players on the pitch with different roles and responsibilities,” said United’s manager.

“Cristiano is an absolute top player and we know what he can do for us and he’s doing everything he can do to help the team.”

Let Ronaldo do his thing

With the frontman failing to hassle opponents, the rest of Solskjaer’s squad are required to run further and exert more energy.

This has clearly taken a toll on the team, with recent performances a clear indication of United’s struggles.

However, Wilshere felt the Red Devils needed to work around their red-hot striker, rather than making him work.

“I think the problem that comes with that is getting the big players who have been at big clubs and worked with big managers to buy into what Ole wants to do,” said the former Arsenal midfielder.

“On the ball, he probably says do what you want, you are good enough.

“The other nine players have to work their way around that.

“I think if it’s Ronaldo, yes (he doesn’t need to press). He is a superstar who can win you a game, so I think you allow that.”

Where the former Real Madrid man fails in pressuring, he more than makes up for in match-winning moments.

Twice this season he has saved United from faltering in the Champions League.

Solskjaer will hope his talismanic attacker can rescue a result again this weekend when Liverpool travel to Old Trafford on Sunday.

In other news, ‘I just get the feeling’: Merson makes Leeds United v Wolves prediction