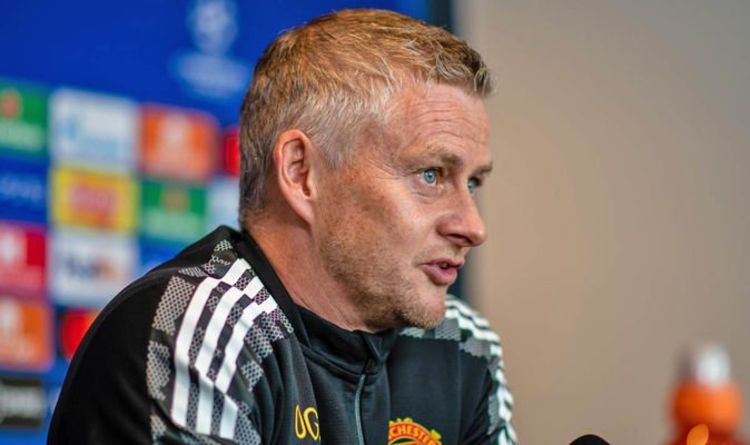 Manchester United boss Ole Gunnar Solskjaer has spoken out ahead of Sunday’s Premier League clash with Liverpool. The Red Devils go into the match on a high after a pulsating victory over Atalanta. And the Norwegian has now delivered his thoughts ahead of another exciting match.

United beat Atalanta with Bruno Fernandes playing a starring role, with the Portugal international leading from the front.

But Solskjaer has delivered some worrying news by claiming he could miss Sunday's showdown with Liverpool, saying: “It might be that I can pick from a fully fit squad, it might be that I'm without two or three.

"And yes, Bruno might be one that might be a doubt, but he's doing everything he can to be ready.

“It was a great effort and great atmosphere towards the end, another of the great Champions League nights at Old Trafford, a great comeback, which will bring some knocks and bruises, which normally you will expect.

“It's Friday, the game's on Sunday. We'll give everyone time. We might have the whole squad back fit, we might be two or three players down. Today we didn't have everyone but let's see Sunday.”

Unlike Fernandes, one United player who has come in for criticism this season is Fred.

And, on United's habit of coming back in matches, he continued: "It's something that we have done plenty of times here at the club, it's in our DNA, it's never give in.

"Sir Alex's documentary, that's what our fans expect from us, to give everything you have, give your best all of the time and when you do that with the quality of the players you have here you can win and lose games, but come out of it having given everything and know that's a team out there.

"I saw a team in the first half giving everything, we needed half time against Atalanta to push that belief a little bit more and keep believing what we're doing and hopefully, it's the end of a bad period for us.

"Good teams come together and if that was the start of something big, that's what we hope and the focus and determination of the lads have been really good since a bad performance against Leicester."

Earlier in the season, Solskjaer hinted the German was behind the reason for the club not getting enough spot-kicks.

Klopp had previously expressed a belief that United were getting special treatment, which enraged Solskjaer.

And the Liverpool boss, speaking earlier on Friday, said: "We cannot influence refs with things like that.

“They are good, they go in the box, have these situations, but so do we and didn't have even a similar number [of pens]."