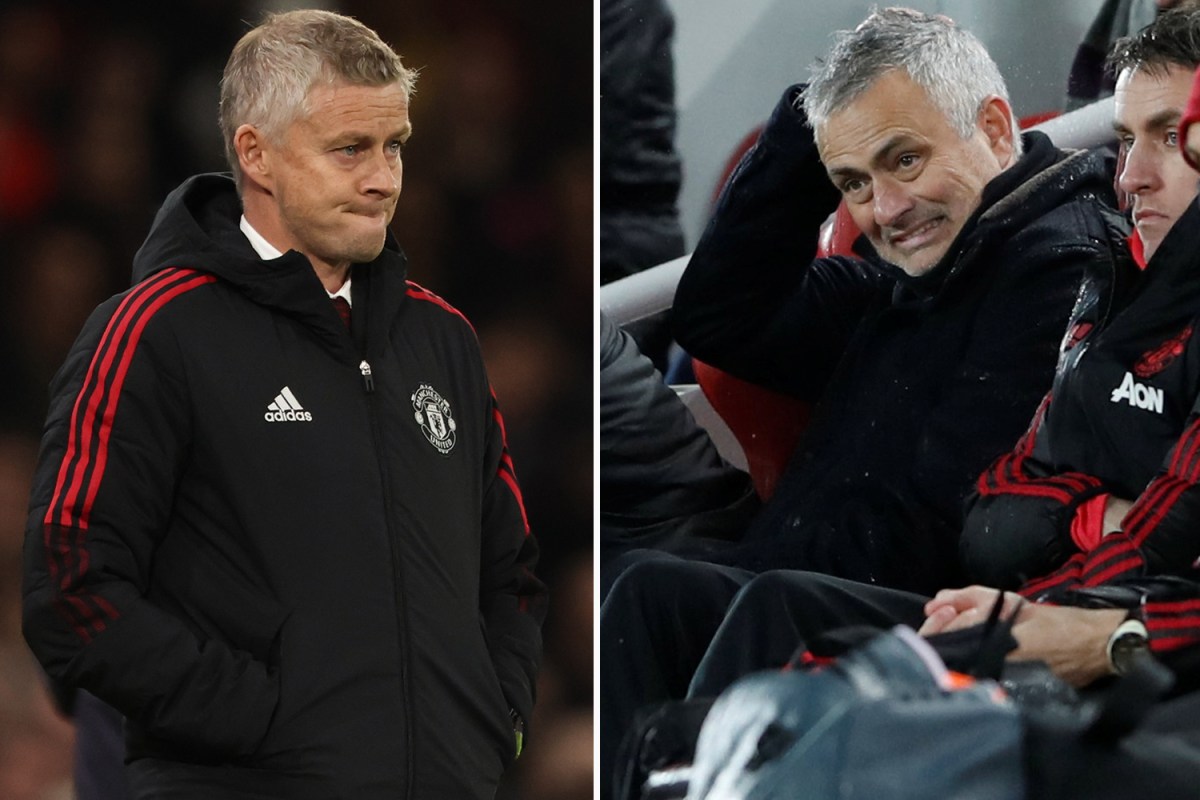 THE heat is on Ole Gunnar Solskjaer again and he could do without a clash with bitter rivals Liverpool.

But as his predecessors have shown, after Kopping big defeats, the writing is on the wall.

Solskjaer is under huge pressure at Old Trafford with the Red Devils failing to win any of their last three Premier League games.

Last week's 4-2 defeat against Leicester has left the club in sixth spot after eight games played.

And should United lose against Jurgen Klopp's side, they will trail the Merseyside outfit by seven points.

Here SunSport takes a look at how David Moyes, Louis van Gaal and Jose Mourinho's fared against the Reds in their last season in charge of United.

Luis Suarez added another in the 84th minute to hand Liverpool a first win at Old Trafford since 2009.

Moyes was axed a month later.

A penalty from Daniel Sturridge and a Roberto Firmino strike put Jurgen Klopp’s side in control of the Europa League last-16 tie.

Philippe Coutinho’s effort ensured a 1-1 draw in the reverse fixture — and saw United crash out 3-1 on aggregate to turn up the heat on chief Louis van Gaal.

A month later, after winning the FA Cup but finishing fifth in the Premier League, Van Gaal was gone.

Jose Mourinho was sacked by the Red Devils after losing against the Reds at Anfield in 2018Credit: Reuters