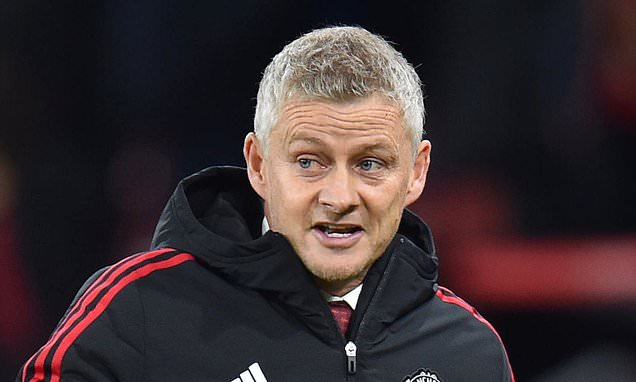 Ole Gunnar Solskjaer has admitted that Manchester United are still not at Liverpool’s level – even though they finished ahead of their great rivals in the Premier League last season.

But speaking at lunchtime on Friday Solskjaer said: ‘Liverpool are one of the teams we are trying to catch up on, even though last season we were ahead of them maybe because of bad luck with injuries.


‘We know we still have to improve to get up to the level of their last four years.

‘It's going to take everything to get results against the best teams in the world and Europe and Liverpool are one of them.

‘They're one of the teams we're chasing. What we've done the last four years is what we're striving towards and go past them. They had a bad spell last year but are now back to their best.

‘We have not won the league in the last eight years. You can understand Man City or Liverpool walking onto the pitch and think quality is enough.

‘We have players who need to keep on improving and developing.’

Solskjaer admitted he may be without playmaker Bruno Fernandes who picked up a knock as United recovered from two down at half-time to beat Atalanta in the Champions League in midweek.

‘We have two or three with knocks and yeh he may be one of them,’ added the Norwegian.

But Solskjaer also hopes Wednesday’s comeback win can propel his team out of a rut. Their last Premier League outing saw them lose 4-2 at Leicester last Saturday. If they lose tomorrow United will be seven points behind Liverpool with some tough games to follow. ‘Those comeback are something that we have done plenty of times here at the club, it's in our DNA,’ said Solskjaer.

‘It's never give in. It’s the tile of Sir Alex's documentary. That's what our fans expect from us, to give everything you have, give your best all of the time and when you do that with the quality of the players you have here you can win and lose games, but come out of it having given everything. ‘I saw a team in the first half against Atalanta giving everything. We needed half-time to push that belief a little bit more and keep believing what we're doing and hopefully this is now the end of a bad period for us.

‘Good teams come together and if that was the start of something, that's what we hope.’

Solskjaer was asked about the pressures of management in the wake of Steve Bruce’s sacking at Newcastle this week. Bruce suggested in an interview that the weight of the criticism and abuse had become too heavy to carry.

The United manager said: ‘We all have our own ways of dealing with criticism but we're in a high profile position and you're always gonna get good comments, bad comments and you cannot let yourself be too affected.

‘It might be affecting others around you more than yourself, which filters through to you.

‘But we know we are high profile and performances sometimes are not really bad or really good but the result decides the narrative of what people would like to think about you.

‘I enjoy managing, I enjoy this life. I don't think anyone would be in this occupation if they didn't believe in themselves.’