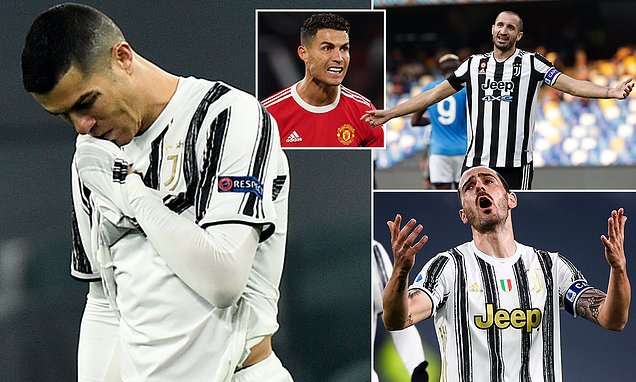 Cristiano Ronaldo may have left Juventus almost two months ago but the fallout continues, as a damning new report claims he dismantled several rules affecting the team's ethos.

Italian publication Tuttosport report that it was a case of one rule for Ronaldo and another for the rest among the Bianconeri during his three years in Turin.

They state Ronaldo 'crumbled' the rules inside the Juventus dressing room, which are made of equity, unity and humility.

Prior to Ronaldo's arrival in 2018, previous first-choice strikers Carlos Tevez, Mario Mandzukic and Gonzalo Higuain all bought into to defending as a team and were flexible in their roles to help Juve win. Other high-profile imports such as Paul Pogba, Dani Alves and Andrea Pirlo had no issue with this in the past too. However, this wasn't the case with Ronaldo following his arrival from Real Madrid.


Another example the report provides is that a misplaced pass would see encouragement rather than criticism, but again that wasn't always the case with the Portuguese superstar.

These stances affected the team on-and-off the pitch and was a contributing factor to their poor start to the campaign - with the Serie A outfit only winning one of their opening four matches in all competitions. Ronaldo was still on Juve's books for the first three of those games.

The forward's attacking qualities can't be questioned, as his 101 goals in 134 games for the club attest to, but his lack of defensive effort for the team in terms of tracking back and adapting to the team spirit were reportedly noticed.

The 36-year-old left the Italian giants on August 31 to return to Manchester United in a £19.7million transfer - a deal that happened three games into Juventus' season.

Ronaldo completed a £19.7m million return to Manchester United in the last week of August

Juve are currently enjoying a nine-game unbeaten run - triumphing in eight of those fixtures and highlighting their upturn in fortunes, post-Ronaldo.

And veteran centre-back pairing Leonardo Bonucci and Giorgio Chiellini have attributed this due to the looming of presence of Ronaldo not being there.

Speaking recently, Chiellini told DAZN: 'Ronaldo left on August 28 and it certainly would've been better if he had gone earlier so we could prepare. Unfortunately, we paid a price for that.

'It does create a shock to the system and we lost points in the opening games because of that. If he'd left on August 1, then we would've had time to reorganise and be ready for the start of the season.'

Chiellini claims Juventus were shocked by Ronaldo's exit, which cost them points in Serie A

'Cristiano's presence had a big influence on us. Just training with him gave us something extra but subconsciously players started to think his presence alone was enough to win games,' he told The Athletic.

'We began to fall a little short in our daily work, the humility, the sacrifice, the desire to be there for your teammate day after day. Over the last few years, I think you could see that.'