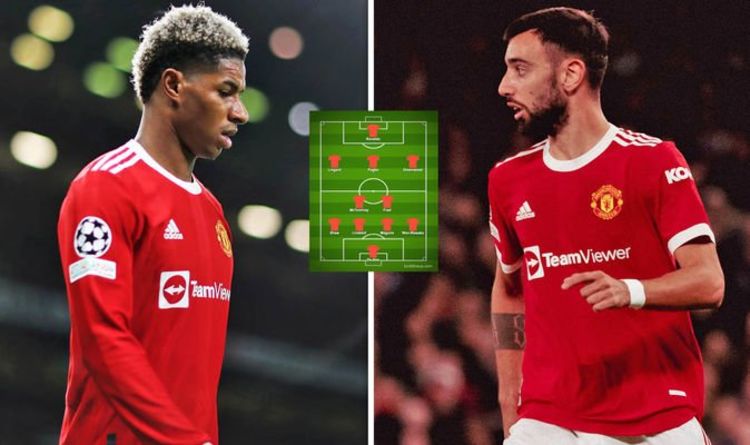 Manchester United could be without both Marcus Rashford and Bruno Fernandes for Sunday’s match with Liverpool. And, given their talents, that would be a substantial blow for Ole Gunnar Solskjaer’s side. The Red Devils haven’t won a Premier League match since the 1-0 victory over West Ham in September.

Rashford has scored two goals from two games since returning from injury.

But the England international limped out of their stirring 3-2 win over Atalanta, meaning he wasn’t on the pitch when Cristiano Ronaldo struck the winner.

Solskjaer was coy on the 23-year-old after the game, saying: "I don’t know. I hope so and I think so.

“It was a dead leg and sometimes it can take longer than what you want. But if we treat it well, he should be okay.”

And, to make matters worse for United, Fernandes is also a doubt for the match with Liverpool.

The Sun have claimed the Portugal international was ‘limping heavily’ on Thursday after taking part in a warm-down session.

And, up top, United won’t be dropping Ronaldo - especially after his heroics last time out.

“This is the biggest game of the Premier League weekend and I’ve seen a lot of people say Liverpool are going to absolutely slaughter Manchester United,” he said.

“I don’t buy into that narrative and I’ll tell you exactly why.

“As Jamie Carragher said earlier, almost every player in the Manchester United starting XI cost nearly £50 million and they are undoubtedly the biggest club in world football, in my opinion.

“I know Manchester United and they just seem to do it when it needs to be done – we’ve seen it many times under Ole Gunnar Solskjaer. It’ll be a tough game for both sides and if there’s one thing Manchester United don’t want, it’s to lose to Liverpool at home.