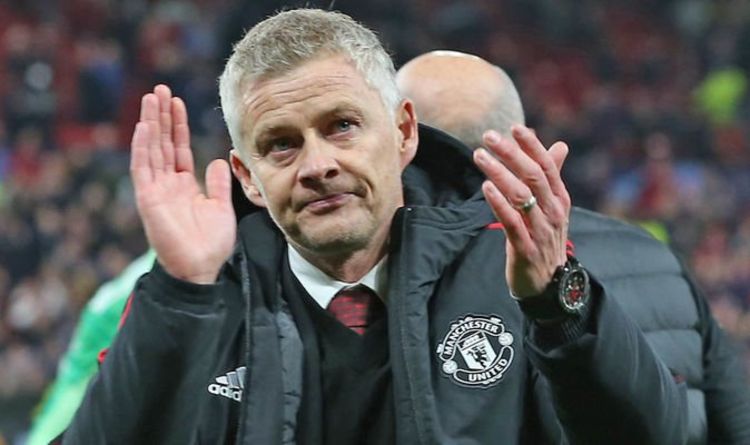 Manchester United’s match with Liverpool on Sunday is key to Ole Gunnar Solskjaer’s future, it has been claimed. The Norwegian steered his side to victory over Atalanta on Wednesday. But defeat at Old Trafford would be another setback in a season of inconsistency so far.

Solskjaer appeared a dead man walking as United fell 2-0 behind to Atalanta on Wednesday night.

However, the Red Devils rallied to claim all three points after goals from Marcus Rashford, Harry Maguire and Cristiano Ronaldo.

It was a massive result for the 48-year-old, with his side winning just their third match from their last eight outings across all competitions.

Yet the pressure is still mounting.

United are inconsistent under Solskjaer. Good in some stages, dire in others.

And Fabrizio Romano, speaking on his YouTube channel, has claimed Sunday’s match will be ‘key’ for Solskjaer’s future.

The Norwegian responded to the Reds icon in midweek, saying: “No, it doesn't affect me, but of course you've seen some of the comments once in a while.

“I didn't know what he was saying now but of course we got Liverpool on Sunday as well, so Jamie's always looking at all these little things.

“I've got my values, I've got my way of managing, and I believe in myself.

“As long as the club believes in me, I'm pretty sure that Jamie Carragher’s opinion is not going to change that.”

And Carragher has now bitten back again, doubling down on his comments before that Solskjaer isn’t up to the standards of Klopp, Pep Guardiola and Thomas Tuchel.

Writing for the Telegraph, he said: “I noticed Solskjaer had a go back at me this week for suggesting he’s never going to reach those heights, and rightly so.

“You want to see a manager fighting for himself and his club. You look at the way United have fought back from the criticism since Saturday’s 4-2 defeat at Leicester and that’s the sign of a great club. You can never keep them down.

“But I didn’t say it for a reaction or because United happen to be playing my old club on Sunday. United can beat Liverpool and the Old Trafford crowd can play a huge part, as they did against Atalanta in the Champions League on Wednesday night when they came back from two goals down to win 3-2.

“But it won’t change the bigger picture. Wednesday still felt like they were papering over the cracks.

“You look at Klopp’s very first game, away at Tottenham, and Adam Lallana falling into his manager’s arms when he came off because he was that exhausted by the pressing and you knew immediately what Liverpool were.

“Now Liverpool have improved to the point where they are also one of the best teams on the ball, too. Guardiola in his first few games at City having his full-backs push into midfield. His vision was clear from the start.

“Tuchel came in at Chelsea with three at the back. At the start of the season the talk was of Solskjaer perhaps moving to 4-3-3. He’d never done that before and it was like, ‘Where’s that come from?’.

“I like to listen to the managers talk after games. If I watch Chelsea, I’ll want to listen to what Tuchel has to say after it because I could take something from it. Klopp, Guardiola, it’s the same.

“You feel like you’re learning something or are being educated. They may break the game down.

“Brendan Rodgers did that after Leicester’s victory over United last weekend. They know what the plan is and they know exactly why it has or hasn’t worked.

“When Solskjaer speaks after games, it’s all about ‘the Man United way’. But what’s the Ole way?”