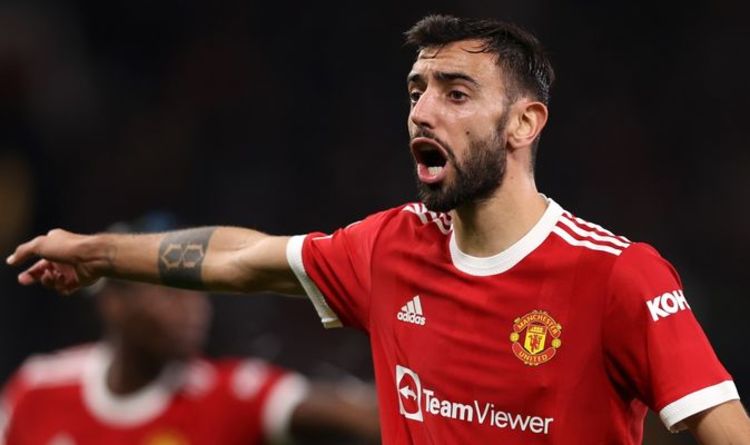 Bruno Fernandes has pinpointed where Manchester United need to improve if they are to overcome Liverpool this weekend. On Sunday, Jurgen Klopp's unbeaten side visit Old Trafford to continue a daunting sequence of Premier League fixtures.

In midweek, Fernandes registered a Man of the Match performance as United produced their latest European miracle at the Theatre of Dreams.

Things looked bleak as the Red Devils trailed 2-0 to Atalanta at half-time before the 27-year-old assisted two of United's three goals in a comeback win.

But it gets no easier for Ole Gunnar Solskjaer's side, with Liverpool, Tottenham Hotspur and Manchester City up next in the Premier League.

And Fernandes has issued a rallying call amid the team's topsy-turvy form heading into such a brutal run of opponents.

JUST IN: Man Utd boss Solskjaer told to take a leaf out of Jose Mourinho's book

Bruno Fernandes was Man of the Match against Atalanta. (Image: GETTY)

Fernandes has claimed that United must do better to prevent and score more goals as a team, rather than blame and rely on individuals.

The Portugal international refuses to blame United's defence solely for shipping so many goals recently and has outlined a simple aim for when Liverpool come to town.

He said: "Of course, we have to concede less goals, and we have to score more goals as well.

"We concede goals that we should not blame only on the defenders because everyone has to defend together.