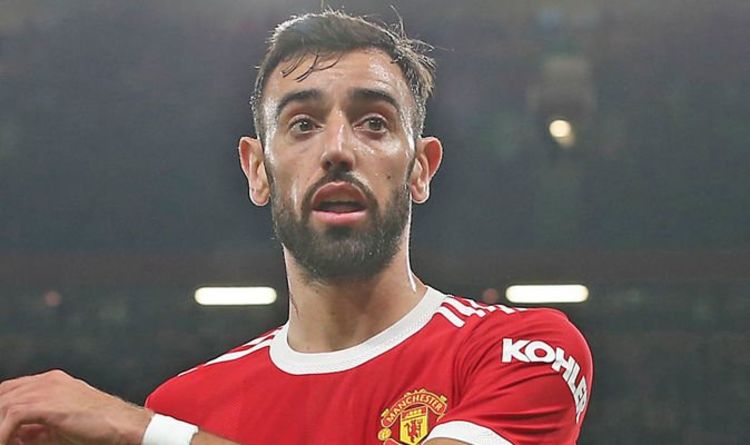 Manchester United star Bruno Fernandes is a doubt for Sunday’s Premier League clash with Liverpool, according to reports. The Portugal international has been in fine form for club and country of late, clocking up five assists from his last six matches. So Express Sport will now take a look at four options for the Red Devils if they’re forced to cope without the playmaker in their ranks.

It’s been a rough season for Jesse Lingard so far.

Despite impressing with two goals and an assist, with the majority of his appearances coming as a substitute, he’s still struggled to force his way into Ole Gunnar Solskjaer’s starting XI.

But with Fernandes potentially primed to miss out, that gives Lingard a chance to shine.

It’s possible the Red Devils will deploy him in the No 10 role, despite his best performances for West Ham last term coming out on the wing.

And with United hoping to keep Lingard, giving him some action would be a shrewd move.

Marcus Rashford was once a striker and, these days, he’s used on the wing by Solskjaer.

However, he used to be a No 10 during his time in the club’s academy.

And if United want to go for the jugular against Liverpool on Sunday, it’s possible Solskjaer will gamble by fielding him there.

That would free up a space on the flanks that could be filled by Jadon Sancho.

Like Van de Beek, Sancho is another player who needs a lift after being dropped for the match against Atalanta on Wednesday night.

Man Utd duo Rashford and Pogba may get the nod in the No 10 role for Liverpool clash (Image: GETTY)

Speaking on Thursday, ahead of United’s match with Liverpool, Fernandes insisted he’d continue to take risks in attack.

“It is what it is you know, you have to take a risk sometimes,” he said.

“I shouldn’t probably sometimes take so many risks as I did in the first half when I missed many, many passes – but I have to try because I have to find my strikers.

“I think sometimes I know the pass is difficult or the chance to get in is not quite there but I want to respect the movement of my striker and try to make them score.”

And he added: “I will keep doing some mistakes, but I do that mistakes sometimes trying to give my best, to help my teammates to score goals.

“The same as I do, other ones does like Fred or Scott or Paul, to play there in midfield to try our best to give the chances to our strikers.”