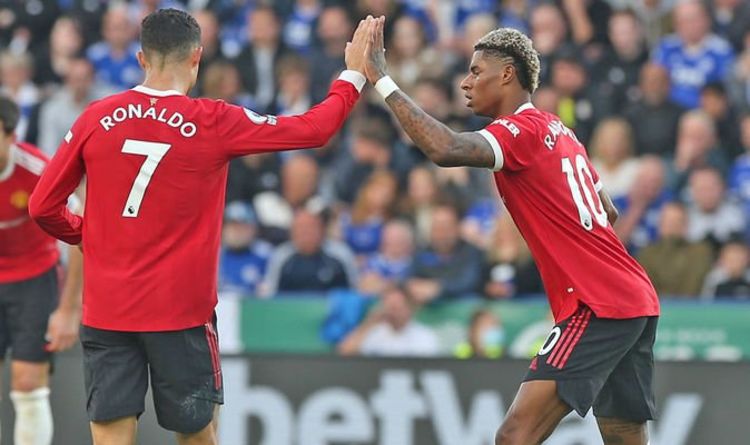 Manchester United have too many stories coming out of the club at present, according to former Tottenham goalkeeper Paul Robinson. The Red Devils have been inconsistent under Ole Gunnar Solskjaer this season. And Cristiano Ronaldo and Marcus Rashford’s unhappiness has also been addressed by the retired shot-stopper.

Manchester United looked a beaten team when they fell 2-0 down against Atalanta in their Champions League clash on Wednesday night.

But the Red Devils rallied to claim all three points, with Rashford and Harry Maguire on target before Ronaldo won the game late on.

While the victory was stirring, however, it doesn’t detract from United’s recent poor form under Solskjaer.

They’ve won just three of their last eight games across all competitions, leading to calls for the Norwegian to go in the process.

“It doesn’t look like a happy camp,” he said.

“Stories very rarely came out of Old Trafford under Sir Alex Ferguson. It was a tight-knit dressing room and a tight-knit club.

But United have denied those reports.

Conte, meanwhile, is supposedly keen to take the job at Old Trafford following his own departure from Inter Milan.

Yet given his pragmatic style, it’s unclear whether he’d be the right fit for the Red Devils.

Solskjaer praised both fans and his players after Wednesday’s stirring win over Atalanta, saying: "The fans are a big part of this club.

“The singing section there kept the players going with their belief. That is what you do at Manchester United on a Champions League night.

“This corner of the stadium here are the best in the world. There is a bit of time when you are down as a supporter but you keep going.

"I thought we played well first half too. Two chances, two goals.

“It had to stop if we are to survive. We have a habit of doing this at this club.

“I thought we played well and they scored a goal out of nothing and then another set-piece. But they never stopped believing and kept going.

"Don't disrespect the players. They play for Manchester United and they know they are the luckiest men in the world.

“Tonight they are the luckiest men in the world because they get to play for Manchester United. That is what so many millions of boys and girls want to do.

"He had chances in the first half but Marcus kept on going. He got a knock but he is going to be very important for us."