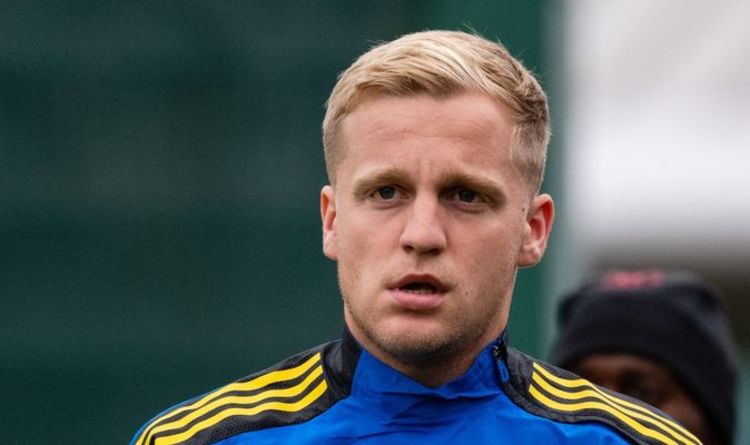 The future of Manchester United fringe midfielder Donny van de Beek appears to have taken another twist as there are reportedly “huge chances” for him to depart Old Trafford. Places in the starting eleven and appearances from the bench have been extremely hard to come by for the Dutchman this season.

Van de Beek has not stepped onto a football pitch in the red of United since September, and the lack of playing time appears to be taking a toll on the 24-year-old.

Footage of a devastated van de Beek launching a chewing gum emerged, after United manager Ole Gunnar Solskjaer snubbed him during their 2-1 home win against Villarreal in the Champions League.

Since arriving into the red half of Manchester from Ajax for £34m at the beginning of the 2020-21 season, he has only scored one goal and contributed two assists in 39 appearances.

Just to add salt in the wounds, another manager who has held the reins of United has also jettisoned van de Beek from his squad, as former Red Devils boss Louis Van Gaal has left him out of his last two Netherlands squads.

And according to transfer insider Fabrizio Romano, there are ‘huge chances’ for him to leave United as soon as January.

“There’s nothing going on between Ajax and Manchester United for Donny van de Beek,” Romano posted on Twitter.

“Rumours about a potential comeback in January are considered ‘fake’ by all parties involved as things stand now. By the way, there are ‘huge chances’ for Donny to leave Manchester United in January.”

After a promising start at United when he scored on his debut, things have rather fallen apart than fallen together for the attacking midfielder.