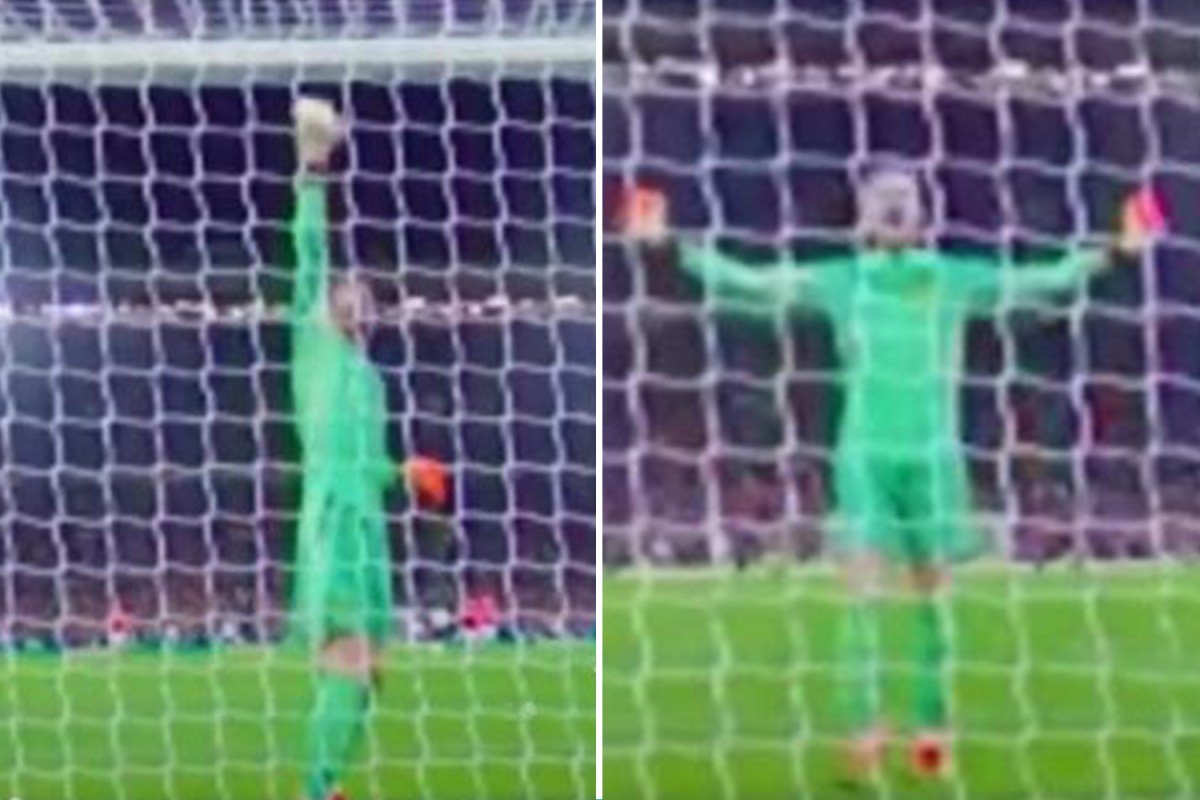 The Spaniard touches his crossbar every time he witnesses his team-mates score.

De Gea was caught on camera giving the woodwork some love after each of the three goals scored in the Europa League victory against Atalanta on Wednesday.

Ole Gunnar Solskjaer's side were 2-0 down at half-time, and booed off.

But Marcus Rashford brought the hosts back into the game on 58 minutes with a cool finish.

De Gea was seen calmly walking back to his goal before he tapped the crossbar.

There was more celebration from the 30-year-old when Harry Maguire showed striker-like instincts to thrash home the equaliser.

And it was pure elation in the 81st minute when Cristiano Ronaldo headed home the winner.

De Gea raised his arms in delight, punching the air, before remembering to give some back to the crossbar.

Of course footballers and superstitions are nothing new.

Ronaldo himself has some habits including being the last out of the tunnel when going into a game, and when stepping onto the pitch he places his right foot on the turf first before leaping to the heavens.

Dependent on whether the Red Devils are playing home or away, will determine what sock he puts on first.

Former Chelsea star John Terry revealed he has about 50 superstitions, including sitting in the same place on the team bus, listening to the same Usher album and parking in the same spot in the car park.

Terry even had a lucky pair of shin-pads he wore for ten seasons.

He also insists on putting the right boot on first.

De Gea celebrates the winning goal - before touching the crossbar