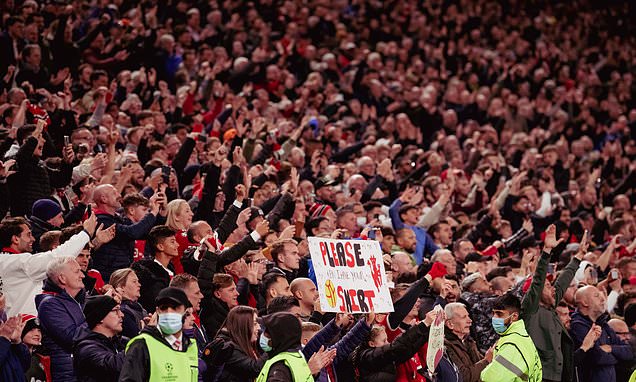 Manchester United and West Ham have been fined by UEFA as a result of fan behaviour at recent European fixtures.

United have been fined 8,375 euros (£7,050) after fans threw objects and invaded the pitch in their come-from-behind 2-1 win over Villarreal on September 29, a match settled by Cristiano Ronaldo’s stoppage-time strike at Old Trafford.

Manchester United have been fined £7,050 after fans' behaviour against Villarreal

Both clubs were charged after fans threw objects, with Rapid also fined 60,000 euros and banned from having fans travel to their next away European fixture.


An extensive disciplinary update from the European governing body also revealed that Paris St Germain have been fined a total of 40,250 euros (£33,900) after fans blocked public passageways and set off fireworks in their 2-0 Champions League win over Manchester City on September 28.

Arsenal Women have been given a warning over the improper conduct of their team during their 4-1 Champions League defeat to Barcelona on October 5.

West Ham must pay £50,500 for the trouble that came during their 2-0 win over Rapid Vienna

Both clubs were charged after fans threw objects, with Rapid also fined £50,500