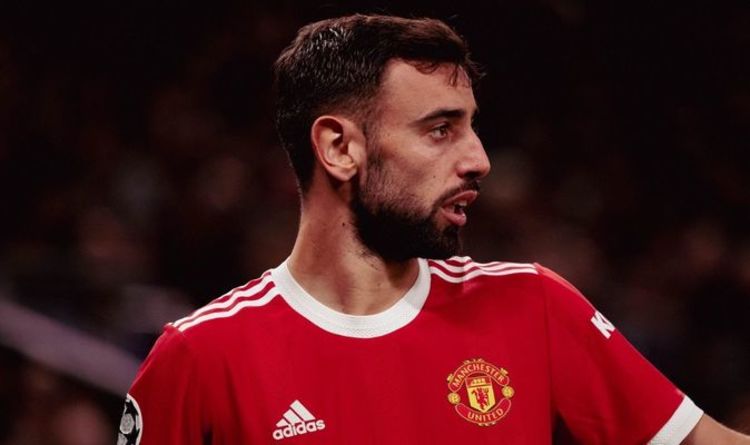 Bruno Fernandes has revealed the Manchester United squad are still fully behind their manager Ole Gunnar Solskjaer and his technical staff amid the heat at Old Trafford. The Red Devils found themselves 2-0 down at the break on Wednesday night against Atalanta but the players showed they were willing to fight for Solskjaer by overturning the deficit with a memorable second-half comeback, eventually winning 3-2 courtesy of goals from Marcus Rashford, Harry Maguire and Cristiano Ronaldo.

United headed into the game under pressure in the wake of Saturday's 4-2 defeat on the road at Leicester.

Tensions inside Old Trafford then reached boiling point when the Italian side netted twice to stun the home crowd.

But to their credit, the United faithful continued to get right behind the team, spurring them on to another memorable fightback.

Speaking after the game, Fernandes was quizzed on the morale inside the dressing room and whether the players were fully behind Solskjaer.

He told TNT Sports: "Of course, obviously, he is our coach.

"We follow him every day. We show that. We follow his ideas and we will continue to do so.

"We believe in our coach and our staff… we need to do what the coach tells us because our coach is the maximum exponent of what we must respect.

"He has been here for three years and we’ve done good things. It’s true that we haven’t won anything up to now, but the team has shown it has grown a lot.

"We have a lot to improve on and the coach also knows there has to be some improvement at their end but that is part of football. Every day we are learning something new. But football is the present and it’s the now."

Solskjaer - and his coaching staff - have faced scrutiny in the aftermath of recent results, posing questions about their long-term future at the club.

But the Norwegian's half-time message to his team clearly struck a chord, inspiring them to victory with three second-half goals.

The spiky United launched a passionate defence of his squad after the game when quizzed on whether the players were still playing for him.

"Don't start," he fired back to BT Sport's Des Kelly.

Man Utd came from 0-2 down to beat Atalanta 3-2 at Old Trafford (Image: GETTY)

"Don't disrespect the players. They play for Man United and they know they are the luckiest men in the world.

"I said to them that tonight they are the luckiest men in the world because the 11 plus the subs, they are the ones who can play for Man United and that is what so many millions of boys and girls want to do."

United must recover and dust themselves down quickly as they prepare to host Liverpool on Sunday in Premier League action at Old Trafford.