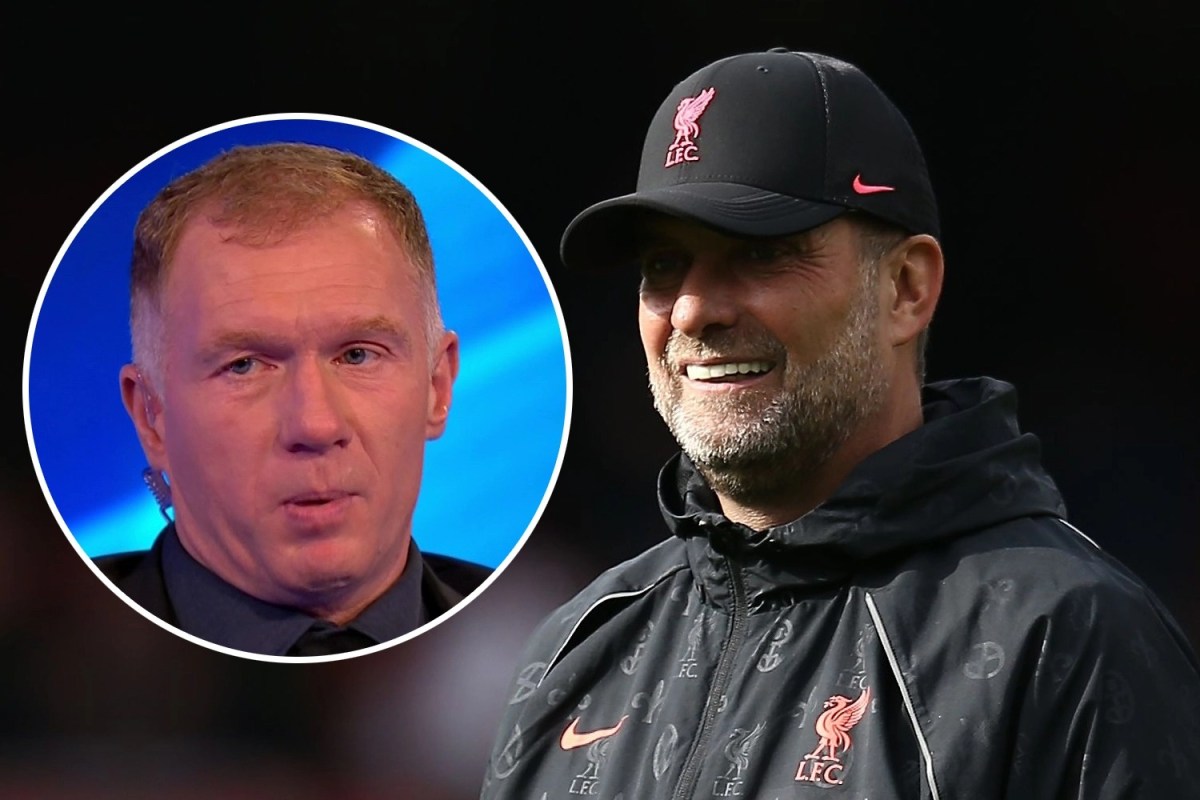 PAUL SCHOLES WAS NEVER that keen on talking to the media during his glory days as a player.

When he did, however, it was always the best interview of the season.

Paul Scholes says Man United cannot have a repeat of their first-half display against Atalanta when they play LiverpoolCredit: Rex

Scholes says United seemed like they 'lacked unity' before their fightback against AtalantaCredit: BT Sport

He cut through all the fluff and got straight to the point.

It was like you were stood at a bar with a few pints as you dissected the events of that day’s 90 minutes. There was no messing.

So when all the drama and excitement of Manchester United’s incredible comeback against Atalanta in the Champions League in the midweek had died down it was worth looking again about what he had to say.

"I think if they were playing a better team they'd be out of sight.

"That first half was worrying. It looked anything but a team, it lacked unity - that was a worrying sign.

"I don't want to sound like a party pooper but that first half was a major worry for me."

And he is spot on because for all the joy surrounding this victory over Italy’s injury-ravaged, sixth-placed team, there are still major worries ahead of Sunday’s visit of Liverpool.

Because Manchester United have not now kept a clean sheet in 12 consecutive matches at Old Trafford, their longest run in 57 years.

Their last one was against Granada in the Europa League last April.

Indeed, since a goalless draw away to Leeds in the same month, they have kept one in 20 matches.

That was away to Wolves when a miraculous point-blank double save by David De Gea effectively earned all three points.

I think the last three or four games, we’ve conceded far too many goals from set-pieces.

In the same period of 20 matches, Liverpool have kept ten clean sheets and they score goals for fun, three or more goals nine times out of 12 games in all competitions this season.

They have 22 in the Premier League six more than Chelsea, Manchester City and United all on 16.

So yes, as Scholes pointed out, Kop boss Jurgen Klopp must have been rubbing his hands as he witnessed Atalanta dismantle United in that first period.

The mantra is always the same afterwards that ‘we have started to slow and must sort out that, and our defending out’.

As Red Devils captain Harry Maguire said having been caught out from a corner for Atalanta’s second: "I think the last three or four games, we’ve conceded far too many goals from set-pieces.

"I think that’s four goals in the last four games now, so that’s something that we need to sharpen up on.”

Since Ole Solskjaer took charge of United in December 2018 no team bar Newcastle in the Premier League has conceded more goals from set-pieces – 45 to Newcastle’s 46.

So this summer they appointed former Chelsea Under-23s assistant Eric Ramsay as the club’s first set piece coach to work on them both defensively and offensively.

In the Premier League, they have conceded three set pieces in their eight games and are the only side not to score from one.

It’s fair to say the world’s top coaches are not rushing to Carrington to pick Ramsay’s brains right now.

If you don’t get every detail right against this Liverpool team you are going to be on the wrong end of a thumping.

It is thumpings by Liverpool that have done for manager Ole Solskjaer’s predecessors post-Sir Alex.

The 3-0 home humbling at their hands-on 16th March 2014 in David Moyes doomed ten months was it for the United fans although the board would wait until they were mathematically out of top-four contention before firing him.

At Anfield on March 16th 2016 both Executive Vice-Chairman Ed Woodward and the man who will take his place in the New Year, Richard Arnold stood ashen-faced and near speechless in the main entrance of Anfield.

They had just witnessed Louis van Gaal’s philosophy flounder once more in the Europa League as Liverpool beat United 2-0 and their minds were made up.

Not even a top four place would change them, in the end they finished fifth, and victory in the FA Cup Final was not enough to save Louis.

For Jose Mourinho, the 3-1 defeat at Anfield in December 2018 was his final game.

Liverpool could end up defeating United should the Old Trafford side perform as they did in the first half of their Champions League duel against AtalantaCredit: Getty

You never know what will happen this Sunday.

You never know what is ever going to happen with the ongoing drama that is Manchester United.

One thing you can be sure of, however, if they play like they did in the first 45 minutes against Atalanta, Liverpool will be over the hill and far away and there will be no coming back.