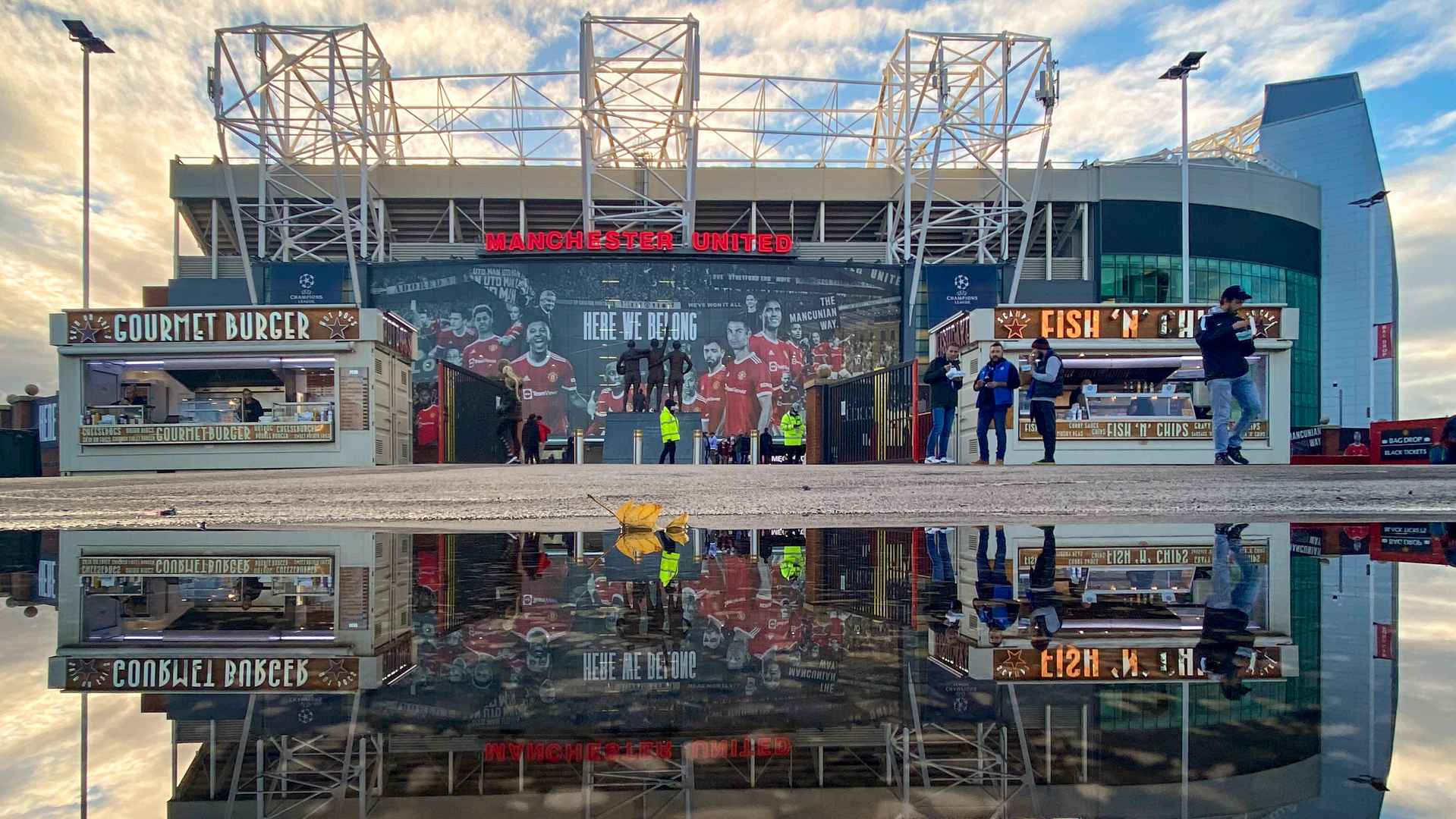 Out of the hundreds of photos Ash Donelon takes each matchday, many great shots can be forgotten, cast under the shadow of the one iconic image showing Cristiano Ronaldo’s passionate celebration or Ole Gunnar Solskjaer’s embrace of his Manchester United players.

Here, we feature six of Ash’s favourite photos from Wednesday's 3-2 win over Atalanta, as he explains how he captured the moment and what he loves about them...

LEAD IMAGE: CHAOTIC ELATION
"This image encapsulates the chaotic elation of a late comeback win, you can’t even really see the goalscorer as he’s being mobbed by his jubilant teammates. I also love Paul Pogba celebrating directly towards the fans which brought more cheers of delight, this connection between players and fans in the stands is something we all dearly missed last season when games had to be played behind closed doors."

IMAGE TWO: IRISH REDS
"Most of the time I have to ask fans if they want their picture taking, so when this group asked me to take their photo, I knew it would be worth my while. I love the passion on display here, and the fact they’d travelled from Belfast for a midweek match shows their commitment to United. This was a tricky shot as the wind was blowing their banner all over the place, but thankfully you can still get the gist of it."

IMAGE THREE: REFLECTED GLORY
"As I take photos at Old Trafford every matchday, I’m always keen to try and find new angles to keep my images fresh. The sun had just come out after a torrential downpour, so for my first shot of the day I wanted to make use of the puddles to get a striking image of the stadium. You can see people in the background eating their chips wondering what on earth I’m doing messing around in a puddle in a car park, but I don’t mind getting a few strange looks as long as I get a good photo out of it!"

IMAGE FOUR: THE TIMELESS DUEL
"It’s the timeless duel of attack vs. defence, you can see Mason applying the trickery with his feet while the defender remains resolutely focused on the ball."

IMAGE FIVE: THE HOPEFUL STARE
"Football is a fast paced game, so I love the way photography freezes the fleeting moments. In this shot you can see the striker and the goalkeeper staring intently at the ball, both of them wanting the exact opposite outcome."

IMAGE SIX: UNBROKEN FOCUS
"Now that substituted players must leave the pitch via the nearest touchline, it’s opened up new opportunities for me to photograph them as they walk along the sidelines. I captured this image when Marcus was making the long journey back to the dugout and he just couldn’t take his eyes off the match, and with a game like last night’s I can’t blame him!"

For a final, bonus photo, check out the gallery below which includes 'Image Seven: Winner'.