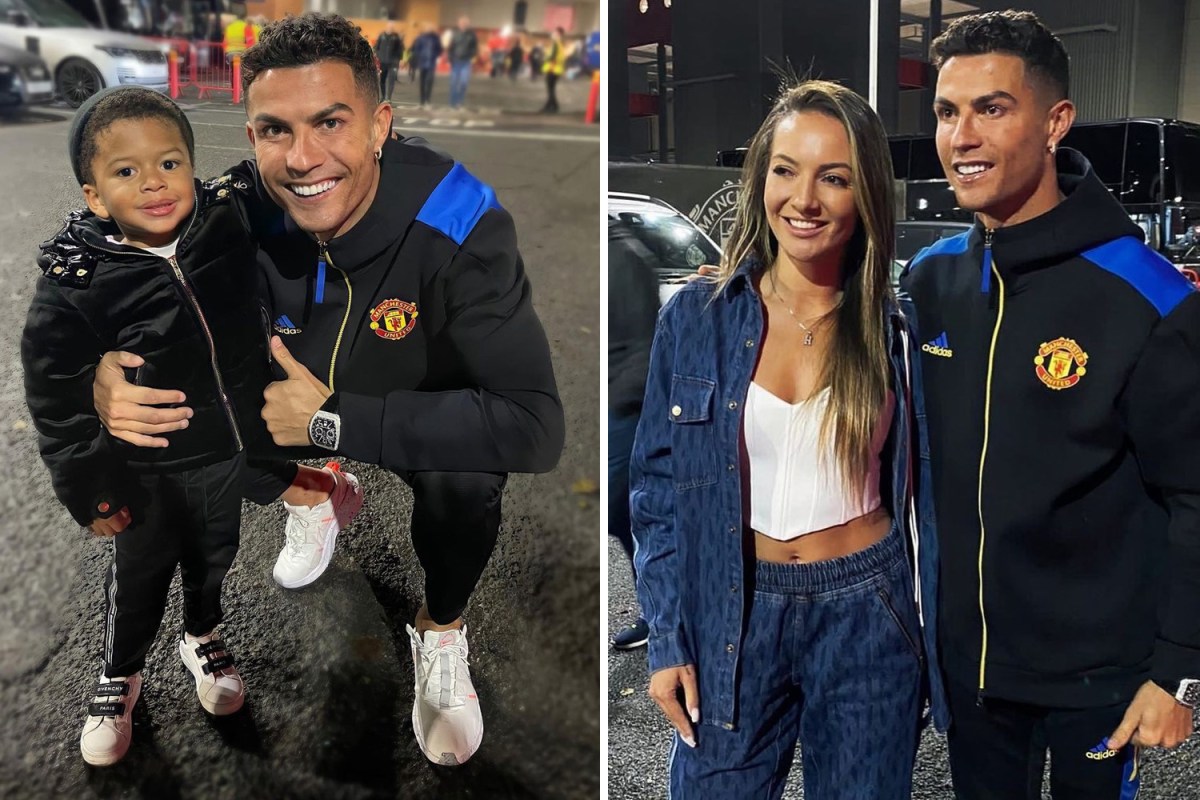 CRISTIANO RONALDO posed for pictures with some of his team-mates' family after scoring Manchester United's winner against Atalanta on Wednesday night.

The 36-year-old took a picture with Fred's beaming son Benjamin.

He will be able to keep the photo with Ronaldo 'for a lifetime'Credit: INSTAGRAM: MONIQUESALUM

Telles' sister also posed for a pic with Ronaldo after the gameCredit: INSTAGRAM: HELLEN_TELLES

Fred's wife, Monique Salum, captioned the Instagram post: "A photo for Benjamin to keep for a lifetime."

Ronaldo's United team-mates' families were not the only people trying to get close to the forward.

A fan ran on the pitch at the full-time whistle and tried to approach Ronaldo.

But he was wrestled to the floor by a steward JUST before he could reach his idol.

The legendary forward couldn't help but crack a smile when he noticed the fan was being pulled away behind him.

Ronaldo's goal papered over the cracks of another questionable Man Utd performance.

He says the team 'will never give up'.

Speaking after yesterday's events, Ronaldo said: "We are alive! We are Man United and we never give up. This is Old Trafford."