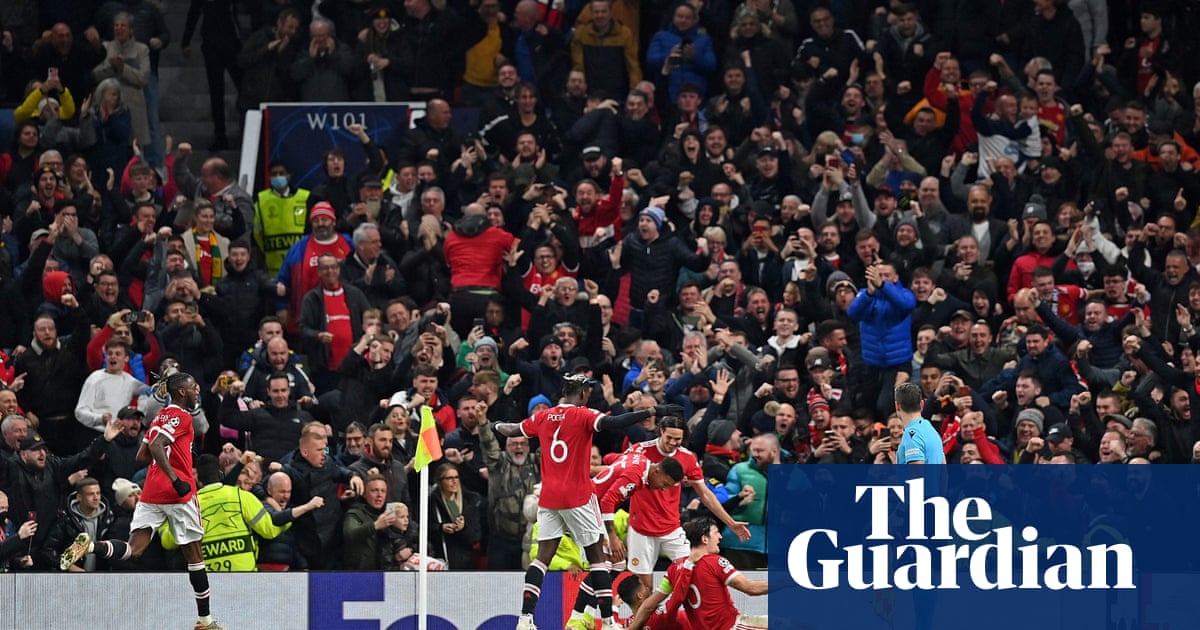 Another act of escapology, more questions of Manchester United’s identity. A Cristiano Ronaldo winner on Wednesday night to complete a 3-2 comeback against Atalanta in the classic style to the sound of fans exalting their manager. These are the things the Theatre of Dreams was made of.

But there comes a time when a plot twist becomes so habitual as to become pulp fiction, particularly when preceded by turgid sludge served by United in the first half. Are late winners against Atalanta and Villarreal, fun as they might be, anything but an imitation of the grander deeds of the 1990s and 2000s, a weak reboot of a previously all-conquering franchise?

At full-time, Ronaldo left the field, making sure the cameras caught his trademark grimace of victory, United once again having reminded everyone they are less an elite team than a bloated amusement arcade, still capable of playing the hits but struggling badly for new, cutting-edge material.

Even the Ole Gunnar Solskjær lobbyists are losing a bit of heart. “The first half put me off the second half,” said Paul Scholes in the BT studio. Not even Rio Ferdinand could bang the drum as loud as usual – “nobody can say to the public the problems are cured”.

Ferguson made United all about winning – but with success came anxiety

Which of the red-tinged pundits will be first to break cover and admit Solskjær, after all, might not be the right man to take the club forward? Perhaps they will have to do it simultaneously. A heavy defeat to Liverpool on Sunday could be just the opportunity for one of them to step forward.

For now, there can be few in football with such high approval ratings as Solskjær. Many United fans, despite growing evidence to the contrary of continuing improvement, will forgive the Norwegian just about anything. His playing career and own devotion to the cause sees to that. Those within the club’s hierarchy are said to have continued faith in Solskjær’s capability of establishing a dynasty in the fashion of Alex Ferguson, though perhaps, judging by a snatched conversation with the UFC fighter Khabib Nurmagomedov, not Ferguson himself.

Meanwhile, supporters of United’s rivals are happy for him to reign for as long as he would like. Apart from Solskjær’s lack of credentials – and silverware compared to Pep Guardiola, Thomas Tuchel and Jürgen Klopp – United matches carry a high entertainment value. Saturday’s 4-2 defeat at Leicester was chock-full of fun for everyone, including brilliant goals from Mason Greenwood and Marcus Rashford, some comedic defending from Harry Maguire and an aching gap where midfield is supposed to be, giving Youri Tielemans the chance to show off his full repertoire without the inconvenience of anyone snapping at his heels.

There is little chance of United becoming everyone’s second-favourite team in the fashion of Premier League’s previous great entertainers, the mid-1990s Newcastle of Kevin Keegan, but the current incarnation offers an object lesson to Tyneside’s new billionaires. The accepted wisdom is that a sheer weight of Saudi Arabian money must bring success. And yet Manchester United’s lavishing of billions on transfers and wages has resulted in a grand total of three trophies in the nine seasons since Ferguson retired, none since 2017 – and all from a far stronger base level than that found at St James’ Park.

More than £1bn on transfers since 2013 has taken United somewhere close to where they started in 1986 as Ferguson came on board. The club looks to cup competitions for glory, a sense of entitlement based on past success pervades, accompanied by the conceit the team must play football the “right” way, all while being wholly unreliable and trailing in the wake of better organised and more professional peers.

There is a generation of United fans who recall the 1980s as a golden time, of greater freedoms and lesser responsibilities until Ferguson made the institution all about winning. With success came anxiety, where victory came as a sense of relief rather than fun. And in factions like the Red Army fan group of 4,000 season ticket holders who sang their way through Wednesday night, even when the team was playing like a drain, there is an attempt to recreate the spirit of the 1980s, to reclaim a lost identity.

“They kept everyone going,” said Solskjær, name-checking Old Trafford’s singing section. He rarely shies from playing to his public. Their devotion sustains Solskjær’s position, as may nights such as those against Atalanta and Villarreal. How long can such romance delay the deeper reckoning that almost certainly awaits him? Sunday and Liverpool await.