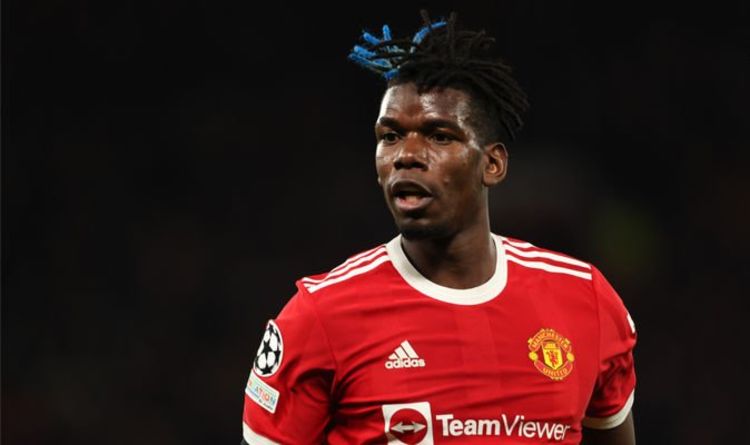 Manchester United midfielder Paul Pogba is yet to sign a new deal with the club amid speculation that he will depart Old Trafford. The France international’s contract is set to expire next summer.

But Pogba has hinted that he may in fact put pen to paper to extend his United career despite having interest from Real Madrid, Juventus and PSG.

The 28-year-old was named on the bench for his side’s 3-2 Champions League victory over Atalanta on Wednesday night.

He was introduced to the action after 66 minutes as United looked to overturn a 2-1 deficit.

And Pogba’s arrival in the game clearly made an impact as the Red Devils scored another two goals to claim all three points.

When Pogba was asked about his United future at the end of the game, he only had positive words to say about his employers and admitted he was relishing the opportunity to play alongside team-mate Cristiano Ronaldo for at least the remainder of the season.

Man Utd midfielder Paul Pogba is yet to sign a new deal with the club (Image: GETTY)

Ronaldo returned to Old Trafford for a second spell this summer after the Manchester club agreed a deal to sign him from Juventus and could have a huge impact on Pogba when he comes to make a decision on his future.

“I enjoy playing at Manchester United,” Pogba said. “Then Cristiano is special - he’s one of the best in the world - I love playing with him.”

Pogba had appeared disillusioned during his previous seasons at Old Trafford.

But the signing of Ronaldo could well have given the 28-year-old a new lease of life in England.

Ronaldo has struck six goals in nine games since moving back to Man Utd and is still regarded as one of the best players on the planet.

If Pogba was to depart at the end of his deal, it would mean United would lose a player they spent £89m on only five years ago for nothing.

Last month, speculation around Pogba’s future intensified when his agent Mino Raiola admitted the player could prefer a move back to Juventus.

“Pogba's contract expires next year,” said Raiola. “We will talk to Manchester [United] and see.

“For sure Turin has remained in his heart and he cares a lot about these things. The possibility of returning to Juventus is there but it also depends on Juve.”