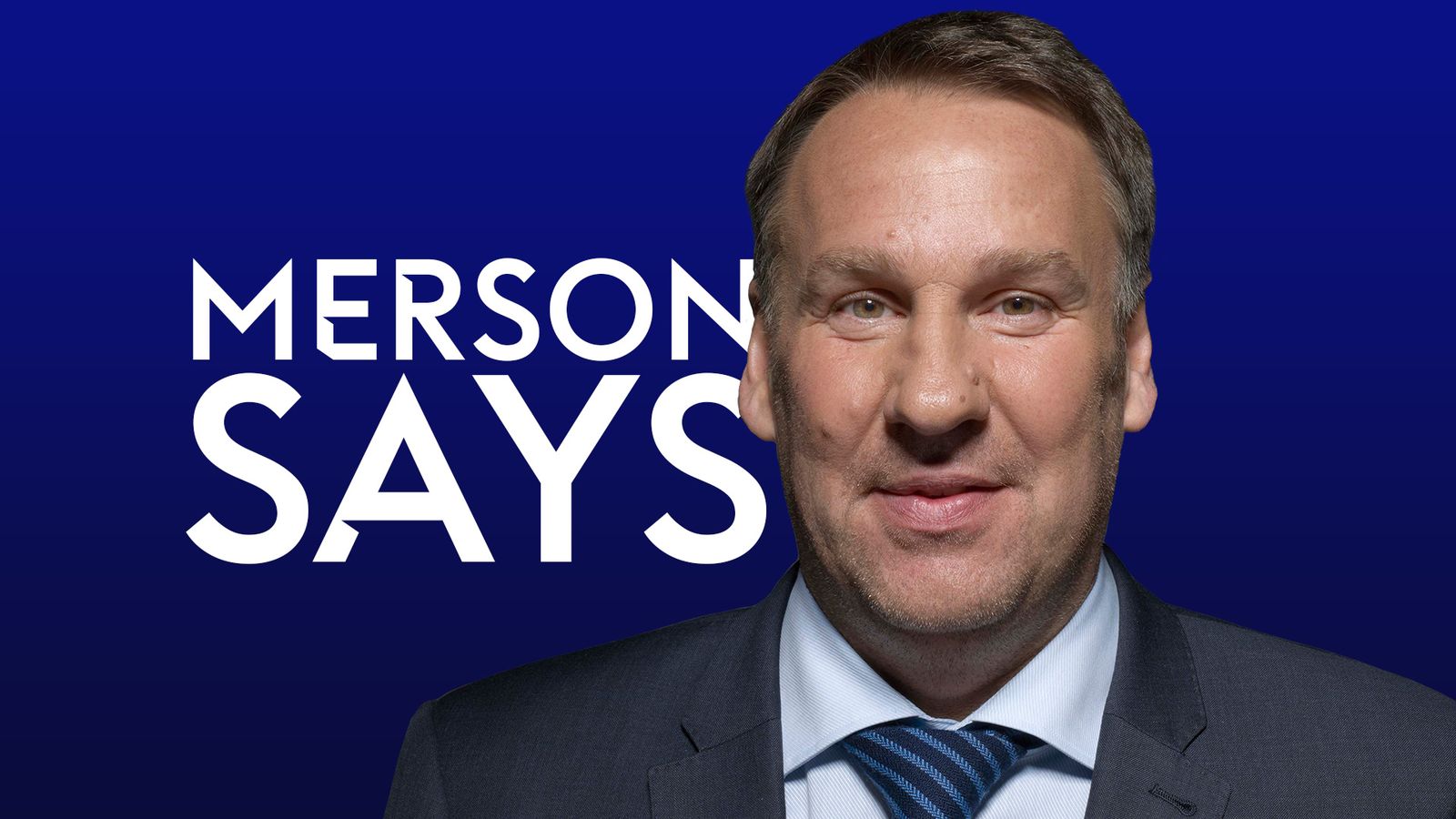 Paul Merson says Liverpool's Mohamed Salah, Roberto Firmino and Sadio Mane have reclaimed their crown as the best front three in world football, but warns Manchester United can never be written off at Old Trafford.

Liverpool make the trip down the East Lancs Road in search of successive Premier League victories at the home of their fiercest rivals for the first time since 2002, as well as Jurgen Klopp's 200th win since taking charge of the Merseyside club.

Merson believes a rejuvenated Salah, Firmino and Mane give Liverpool all the firepower they need to achieve their objectives and could inflict a telling blow on under-fire manager Ole Gunnar Solskjaer, but insists Manchester United at Old Trafford is a prospect you overlook at your peril...

Two weeks after scoring a sensational solo goal versus Manchester City, Mohamed Salah repeated the feat, this time against Watford. Which was best?

Liverpool's front three of Mohamed Salah, Roberto Firmino and Sadio Mane are back to where they were, they are unplayable.

They can blitz teams and score three or four goals in 20 minutes. It was a hallmark from their title-winning season, and they have got that back.

Their movement, their pace, their skill - everything is top-drawer. They are back to being the best front three in the world of football again.

To get back to that level is some achievement, it's so hard getting back to previous heights having fallen away like they did last season.

It's all been underpinned by a willingness to run on and off the ball. It doesn't matter how good you are, you've got to work. You have to run teams into the ground.

When Salah or Mane make a run they don't jog, they sprint so the defender has to go with them. That drains defenders because no one ever wants to chase anybody back without the ball, it is the most demoralising feeling in the world.

Liverpool manager Jurgen Klopp says Mohamed Salah is the best player in the world at the moment.

Then, all of a sudden, the defenders drop off and Liverpool's attack is just ruthless. They press as a team and win the ball high up the field, in stark contrast to Manchester United, who do not press at all.

You look at Manchester United versus Liverpool and, on current form, you fear for Ole Gunnar Solskjaer's side. But this is why we love the Premier League because you just know it's not going to be like that.

There's absolutely no chance Liverpool will wipe the floor with Manchester United at Old Trafford, there will be a game because this is the game.

If United lose to Liverpool that's it, I cannot see how Solskjaer stays in the long-term.

Ole Gunnar Solskjaer says Cristiano Ronaldo contributed in all areas of the pitch after scoring the winner in Manchester United's comeback win against Atalanta.

Write Man Utd off at Old Trafford at your peril

Liverpool will go to Old Trafford in confident mood, but I don't care what anybody says, this is still a hard game.

Forget about what's happened in recent weeks at Manchester United, they turn up at certain times, we saw it last season at the Etihad.

They will sit back, let Liverpool have the ball, wait for the counter-attack and, in a way, that will suit them.

Nobody is giving Manchester United a chance which is just unreal, let's not forget this is the biggest club in world football who have spent hundreds of millions on transfers and wages.

Ole Gunnar Solskjaer is unsure if Marcus Rashford will be fit to face Liverpool on Sunday after suffering a dead leg in the Champions League win over Atalanta. (Pictures: UEFA)

No one expects them to win the game, really? United have had a result before a ball has even been kicked, I bet they cannot believe their luck!

They will turn up on Sunday at home with no pressure on them because even if they do lose nobody expected them to win.

Come on, they're at Old Trafford, they're the biggest club in the world, it's not beyond the realms of possibility they win this game.