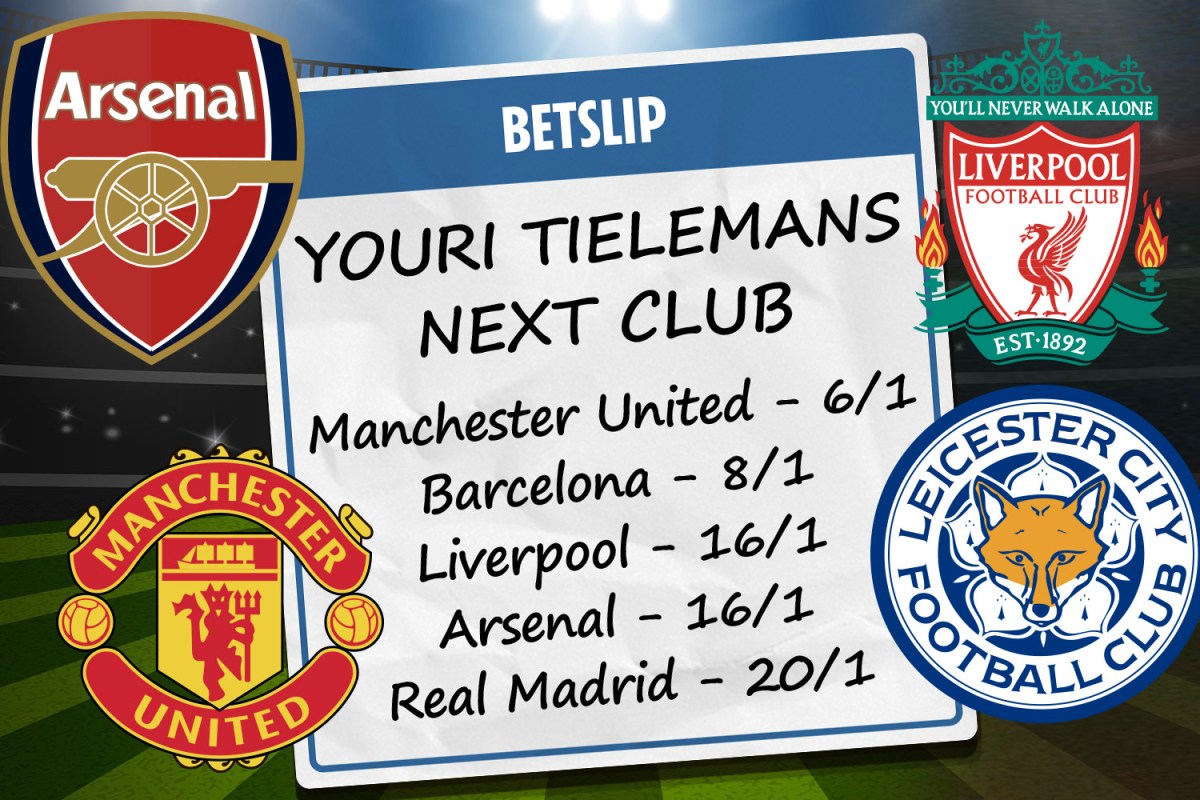 That's according to bookmakers Betfair, who've installed Ole Gunnar Solskjaer's side as favourites to clinch his signature.

Tielemans has been exceptional since his 2019 arrival from Monaco for a whopping £40million.

The 24-year-old has scored 19 goals and provided 22 assists in all competitions - including the thunderbolt which helped Leicester beat Chelsea in the FA Cup final.

But his future at the King Power Stadium is now in serious doubt.

The Belgian superstar has less than eight months remaining on his contract, which expires in June 2022.

And 90min claim he's rejected Leicester's latest proposal and has told club officials that he's 'not in the right place' to sign a long-term deal.


That could force the Foxes into entertaining offers for their midfield maestro in January to avoid losing him on a free transfer next summer.

And United are the frontrunners at odds of 6/1 to complete a deal before February 3 with Betfair.

The Red Devils are desperate to bolster their midfield with Nemanja Matic, Fred and Scott McTominay failing to impress.

Barcelona are next in the betting market at 8/1 with Premier League duo Arsenal and Liverpool in behind at a double-figure 16/1.

Real Madrid are the outsiders of the pack at 20/1.

Manager Brendan Rodgers was full of praise for Tielemans after their victory over Spartak Moscow, but said it was a matter for the club.

He said: "There will obviously be talks with the club in terms of his contract but I continue to work with him and help him improve as a player.

"He is an outstanding player, one of Europe’s top midfielders. He is integral to our game and a joy to work with - a super professional. A young player with that focus is great to see."

Commercial content notice: Taking one of the bookmaker offers featured in this article may result in a payment to The Sun. 18+. T&Cs apply. Begambleaware.org

A responsible gambler is someone who:

For help with a gambling problem, call the National Gambling Helpline on 0808 8020 133 or go to www.gamstop.co.uk to be excluded from all UK-regulated gambling websites.

*Min stake £5, min odds 2.0. Only deposits made using Cards or ApplePay will qualify. Free bets are awarded after the qualifying bet has settled, valid for 30 days, and must be used on multiples with 3+ legs. Max £20 in free bets. T&Cs apply. 18+ BeGambleAware.Org