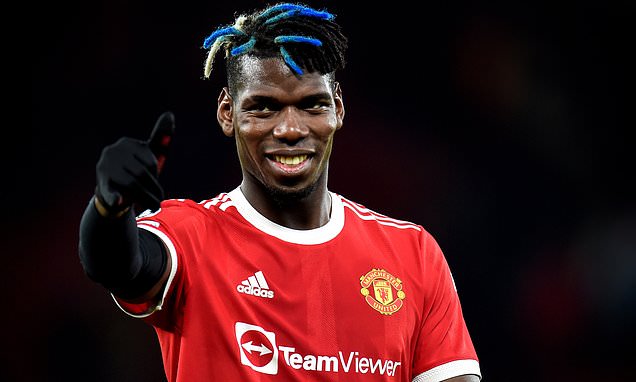 Paul Pogba believes Manchester United showed their true character by bouncing back from recent poor performances and a two-goal deficit to seal a stunning 3-2 comeback win against Atalanta.

All eyes were on Old Trafford on Wednesday to see whether under-fire Ole Gunnar Solskjaer could steer his side to victory in the Champions League, just days after the embarrassing 4-2 loss at Leicester.

Atalanta were on course to inflict a fifth defeat in eight matches when Mario Pasalic and Merih Demiral capitalised on poor United defending, with some of the Old Trafford faithful booing their players at half-time.

But Solskjaer's side displayed their spirit and camaraderie by storming back and netting three in the second period, with Marcus Rashford and Harry Maguire scoring before Cristiano Ronaldo headed home a late winner.


'We showed big character - the character of this team, of this club,' midfielder Pogba told MUTV.

'It was a very good result even if we didn't start well but at the end we got the result that we wanted and the energy, you could feel the belief and the positive energy just on the pitch.

'I can say it was a beautiful win, with the belief, we kept believing.

'We knew that if we score one goal we can win this game and the fans were crazy also. They push us until the end and we just showed the character of the team and the club.

'It's a big three points. We needed that. We didn't start the Champions League well with the loss against Young Boys but we got two very good results and we have to carry on.'

United are top of Group F ahead of next month's return fixture against Atalanta in Italy, with the immediate focus now returning to Premier League matters.

Solskjaer's side have lost two in a three-game winless streak in the league, leading frustrated Pogba to say something needs to change after the Leicester humiliation.

Asked if he saw that change on Wednesday, the France international said: 'On this game for sure the energy is more positive.

'But then when you say change it doesn't mean like you will change straight away. It's a work (in progress).

However, Ole Gunnar Solskjaer's (right) side have lost two in a three-game winless streak in the league, leading frustrated Pogba (left) to say something needs to change

'It's all of us, it's a trust with everyone. It's a belief and you stick together, so all this is coming game by game but today for sure it's a big reaction.

'It's the way that we have to carry on until the end of the season.'

'I mean, that's the beauty also of football because it's not a game that you can say 'oh, you rest',' Pogba said. 'You have to go again.

'We knew that it will come anyway, big teams, big clubs. We're Manchester United, we know it's not going to be easy but we're here to play those games.'