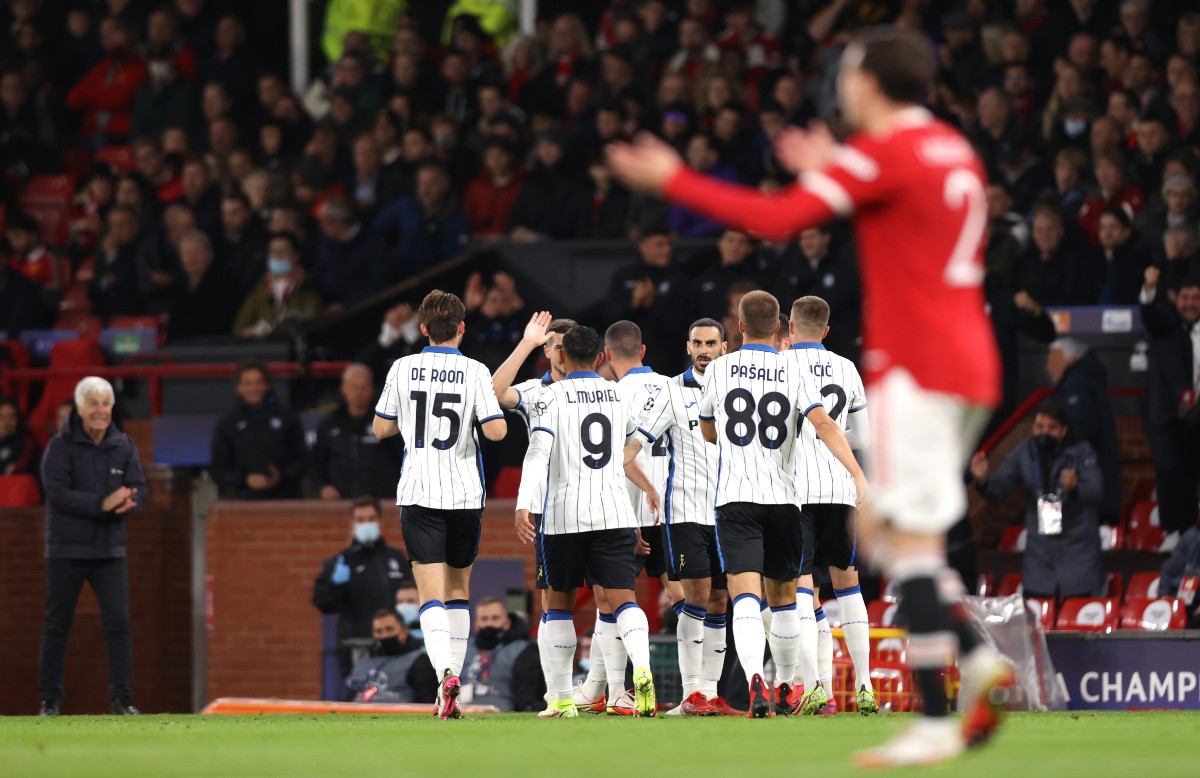 Former Manchester United midfielder Luke Chadwick has identified his main concern with how Ole Gunnar Solskjaer’s side are playing at the moment.

Chadwick was pleased to see Man Utd improve in the second half against Atalanta in last night’s Champions League thriller at Old Trafford, with the Red Devils coming back from 2-0 down to win 3-2.

Still, after losing 4-2 away to Leicester City at the weekend and conceding two goals against Atalanta, Chadwick is under no illusions that the manager needs to fix his team’s shape when they don’t have the ball.

“It looks like the norm is when the club needs a result, Ole needs a result, the team come through in the end,” Chadwick told CaughtOffside. “It was a poor first half, no real structure to the side. Atalanta scored two goals and probably could’ve had a couple more. United had good chances, Rashford clipped the bar just before half time.

“But then it was a fantastic second half, end-to-end stuff, both teams had chances but it was that man again on the spot to win it after a wonderful cross from Luke Shaw.

“Whatever was said at half time, Ole deserves praise. He was under pressure after recent results. But it was a really strong second half performance.

“The issue with this team is when they get out of shape. It can be too easy for teams to get at United’s back four. Against Leicester, some players were pressing high, others were dropping deep, and it just ended up being so easy to play through.

“Particularly in home games, they’ve got to attack, but when they lose the ball it seems so easy to get at United. Atalanta created more chances in the second half but couldn’t take them, and thankfully United got away with it with a goal in the last ten minutes.”

Cristiano Ronaldo saved the day for United with a late winner against Atalanta, just ad he did against Villarreal in their last Champions League game.

Despite being 36 years of age and playing in a struggling MUFC side, Ronaldo is showing no signs of slowing down, especially when it comes to Europe’s top club competition, and Chadwick explained it’s clear that it’s Ronaldo’s hunger and desire that sets him apart at this level.

“When you look at Ronaldo, it’s that hunger, that desire to be the very best, and remembered as the best,” Chadwick said. “Even at 36 years of age he’s still in incredible shape. The team might have to change a bit with the way he plays that number 9 position.

“We probably need more of a discussion about what the team looks like out of possession, because we know when we’re in possession, if you give him chances he’ll score. I think that’s 103 goals in his last 100 Champions League games now, some incredible stats.

“And you can see the emotion from him at the end, and the relief that they got the result at the end of the day. I think that desire keeps driving him on and on.”