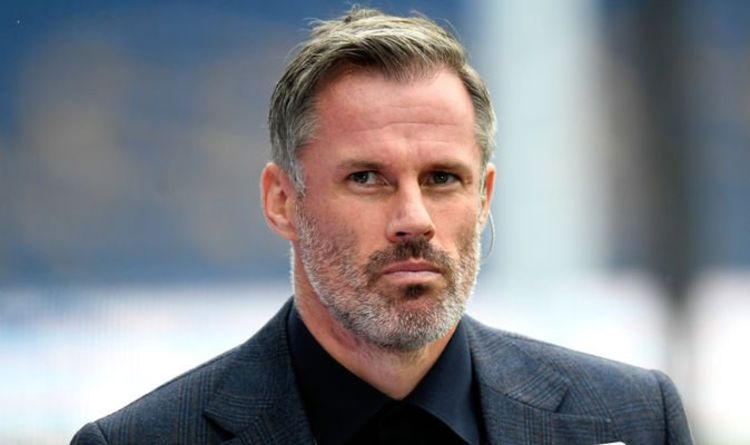 Liverpool icon Jamie Carragher believes Ole Gunnar Solskjaer was ‘really silly’ to criticise Manchester United fans in the wake of their Champions League victory over Atalanta on Wednesday night. Solskjaer's United had to overcome a two-goal deficit to win the game, with Cristiano Ronaldo scoring late on to seal a dramatic win for the Red Devils.

United struggled to assert their dominance in the first-half at Old Trafford and went behind after Mario Pasalic turned in Davide Zappacosta’s cross.

And the hosts were rocked when Merih Demiral then headed home Teun Koopmeiners' corner to double their advantage before the half-hour mark.

Man Utd fans were unhappy and made their feelings known by booing their team off the pitch at the break.

Solskjaer’s side eventually kick-started their evening as Marcus Rashford halved the deficit just minutes into the second period with a well-taken finish before Harry Maguire drilled in an equaliser with 15 minutes remaining.

The home side completed their comeback late on as the ever-reliable Ronaldo fired a powerful header into the corner to win the game for United.

After the game, Solskjaer controversially slammed the United fans for their half-time reaction.

“This crowd should never stop believing in these players,” said the Norwegian.

“You do hear a little bit of grumbling. I've been here at this club for 18 years, more or less, and that hasn't happened often. They know they're better than that.”

Carragher was working as a pundit for CBS during the match and thought the United boss was way off the mark with his comments.

“It's not just that game - it's a poor run of games and the performance they had at Leicester. When that ground is rocking, it is difficult to stop.

“The supporters are as important as Cristiano Ronaldo, or Ole Gunnar Solskjaer, or the changes he made in the second half.”

The Red Devils host Liverpool in a huge Premier League clash on Sunday. And Carragher admits United will need to call upon their fans once again if they are to taste victory.

“If Man United beat Liverpool on Sunday, it will again be as much because of the supporters than any player on the pitch because, as you know, United haven't got the players or the team as good as Liverpool - so they're going to need that support.”