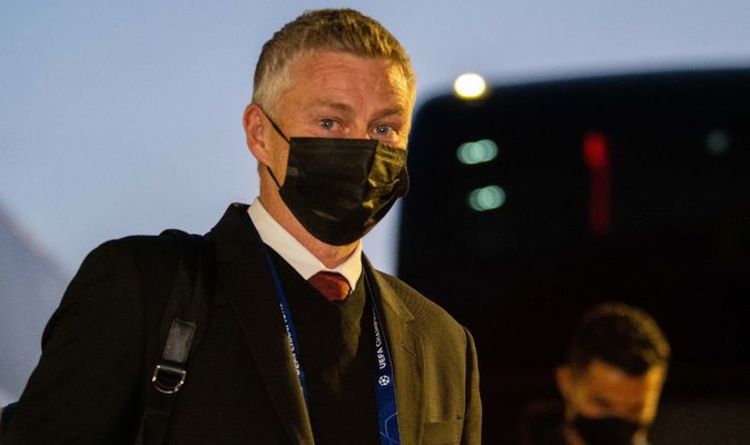 Former England striker Peter Crouch has suggested that Pep Guardiola, Thomas Tuchel or Jurgen Klopp would do a better job than Ole Gunnar Solskjaer in extracting the very best from his Manchester United players. The current Red Devils boss finds himself under pressure to deliver positive results quickly after a lacklustre run of form over the last few weeks.

United have only managed to win two of their last six matches in all competitions, with Wednesday's victory over Atalanta in the Champions League arriving as a welcome boost.

The Old Trafford club were two goals down by half-time but went on to mount an incredible comeback to snatch victory from the jaws of defeat.

Marcus Rashford, Harry Maguire and Cristiano Ronaldo were all on target for United, who sit atop Group F with three matches left to play before the knockout stages of the competition.

Although United's second-half performance was highly impressive, Crouch was far from convinced by a number of Red Devils stars over the course of the 90 minutes.

The former Liverpool marksman told BT Sport that he noticed a distinct lack of effort from United's front four, declaring that Guardiola, Tuchel and Klopp would not have stood for it in the same way that Solskjaer did.

"I think if Pep and Klopp are in charge of this [United] team, I think the front four would work a lot harder, no way they would get away with it," said Crouch.

"[I] don't think Ole will upset players. I see body language on some players that under Pep and Klopp they would be hauled off.

"Arms thrown recently, that I don't like, needs to be nipped in the bud, those two would have made sure it was.

"David Silva and Kevin De Bruyne were the two hardest working players when City pumped us in a game a while back, I don't see that at United.

"Ole has come from Cardiff and Molde, managing Manchester United, unfortunately they do not have a manager of the experience of Pep, Tuchel, and Klopp."

Solskjaer's position in the United dugout has come under fire in recent weeks despite the 48-year-old having signed a long-term contract extension earlier this year.

There have been plenty of calls on social media for the Red Devils boss to be relieved of his duties in the near future, with Zinedine Zidane among the names to have been linked with any potential vacancy.

However, it seems as though Solskjaer is there to stay, with United director John Murtough underlining the board's faith in their manager back in September.

Solskjaer remains under contract at United until 2024 (Image: EXPRESS)

"[We] need to keep control, don’t get carried away, don’t deviate from our plan," the latter told a fans’ forum.

"Ole and the staff are very focused on that. We have a long-term strategy and confidence in the direction that we’re going.

"We believe that we’ve got the talent and the character within the squad to succeed. The Premier League is one of the most competitive leagues in the world.

"Players from abroad and other leagues tell us how [challenging] it is, but we are 100 per cent up for that."